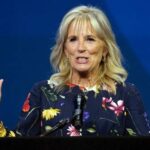 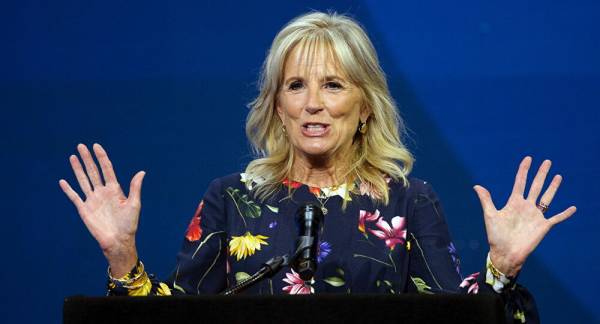 No stranger to dishing the heat on the Biden administration, Fox News kicked things up a notch and went after the first lady over the weekend in their efforts to renew criticism against the first family. Stirring up the backlash is weekend host Rachel Campos-Duffy, who has long been a critic of the Biden White House – even before the inauguration.

The Fox News network and weekend host Rachel Campos-Duffy needs to issue an apology to first lady Jill Biden after the news personality accused Biden of having “failed” the US by allowing her husband to run for president, the first lady’s press secretary said Monday.

Michael LaRosa, who serves as the White House press secretary for Biden, took the news network to task on Twitter and referred to Campos-Duffy’s remarks as being “disgusting” and only worth being thrown in the trash.

“This is disgusting,” LaRosa wrote about the network and contributor’s on-air remarks. “@RCamposDuffy and @FoxNews know better. They can do better and their viewers deserve better.”

The controversial remarks spoken by Campos Duffy came during the end of the weekend “Fox & Friends” segment, when the trio of contributors were discussing US President Joe Biden’s falling poll figures in light of the chaotic pullout from Afghanistan.

At the time, Campos-Duffy was specifically questioning who was “responsible” for putting the “incompetent” and “mentally frail” American president in office. She initially laid some blame on the media, former national security adviser Susan Rice, and former US President Barack Obama, before going in for the first lady.

“No one knew better his state of mind than Jill – Dr. Jill Biden. And if you ask me, the most patriotic thing Jill Biden could have done was tell her husband –  to love her husband – and not let him run in this mental state that he’s in.”

While the commander-in-chief’s decision to continue with the US withdrawal in Afghanistan has ruffled feathers among many lawmakers on the political spectrum, Campos-Duffy’s stood out from the majority on account of her decision to lay blame on the first lady.

In fact, many netizens quickly moved in to blast the Fox News host, and offer their own take on the shock factor of Campos-Duffy’s remarks.

Campos-Duffy has yet to address the growing backlash over her weekend remarks.