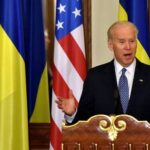 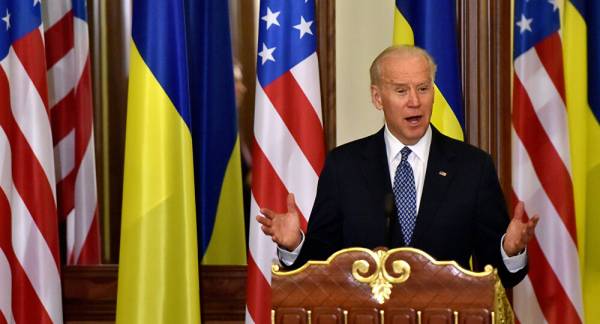 The Biden administration signed an agreement with outgoing German Chancellor Angela Merkel last month to allow for the unhindered completion of the Nord Stream 2 gas pipeline megaproject. Under the deal, Washington pledged to refrain from new sanctions, while Berlin promised to negotiate an extension of the Russia-Ukraine gas transit agreement.

The failure of the anti-Nord Stream 2 pressure campaign is related to Kiev’s loss of its once-held special status for US President Joe Biden, suggests Andriy Kobolyev, the former CEO of Ukrainian state energy giant Naftogaz.

Kobolyev suggested that Ukrainians had won their “special status” in the US through their commitment to the West and the implementation of “painful but critical reforms.”

“What has happened now? The answer is obvious: we have lost our special status in the White House. And not just from the current president, but from his inner circle,” the former executive, who was stripped of his post as Naftogaz CEO in April, added.

What’s He Talking About?

In 2016, the administration of then-Ukrainian President Petro Poroshenko actively supported Democratic candidate Hillary Clinton against Republican Donald Trump, releasing documents to media  implicating a senior Trump aide in corruption and helping to fuel the since debunked allegations that the real estate mogul was a “Russian agent.”

The Biden family has a history of personal business interests in Ukraine. Last year, whistleblowers released leaked audio of a 2016 phone call between Poroshenko and Biden in which the Ukrainian president assured the US politician, who was serving as vice president at the time, that a prosecutor investigating Biden’s son Hunter would be fired. Hunter had been hired on to the board of Burisma, a Ukrainian energy company, in April 2014, and the Ukrainian prosecutor was investigating his potential involvement in money laundering, tax evasion, and possible pay-to-play schemes selling access to his powerful father.

Trump’s attempts to investigate the Biden family’s Ukrainian connections led to accusations that he was trying to dig up dirt on a political adversary, and sparked an impeachment probe against him in late 2019. The Republican president was successfully impeached by the Democrat-controlled House, but cleared of any wrongdoing by the GOP-controlled Senate.

Today, Kobolyev suggested, it’s up to Ukrainian President Volodymyr Zelensky to restore Kiev’s special status with the White House, even if the Western world is not expected to be as eager in waiting for Ukraine “with open arms” due to the many problems facing the country. Today, the former executive suggested, only more pro-Western reforms will allow Kiev to regain its “special status” in Washington.

Nord Stream 2 operator Nord Stream 2 AG announced last week that the gas pipeline megaproject was now 99 percent complete, with the first of its two lines finished and construction on the second being wrapped up. The pipeline network is expected to be put into operation by the end of the year, and will be able to pump as much as 55 billion cubic metres of Russian gas to Central Europe every year along the bottom of the Baltic Sea, doubling the capacity of the existing Nord Stream network.

The US and Germany issued a joint statement on 21 July giving the project the go-ahead, with the US side committing not to introduce any more sanctions against it, and Germany, Nord Stream 2’s main European benefactor and beneficiary, committing to invest in the Ukrainian energy sector, compensate Kiev if gas transit through Ukraine is reduced, and work to facilitate direct negotiations between Moscow and Kiev to renew the gas transit agreement between them for up to a decade. The current agreement will expire in 2024.

Previous : Emergency Cash-Saving Measures Enacted to Stop US From Defaulting on Trillions in Debt
Next : Researchers Discover Microbes That Could Help Fix DNA Mutations