For a long time now, the American electorate has been resigned to a “permanent campaign,” an unceasing carnival of exploratory committees, chicken dinners, and cable excitements. The 2024 campaign for the Presidency is unique in that it kicked off at around 2 A.M. on November 4, 2020, with a brazen act of seditious rhetoric broadcast live from the East Room of the White House. With the outcome still in question, Donald Trump declared “fraud.” And, when all the votes were counted with Biden as the winner, Trump set about fomenting the insurrection that ended with a mob of his delusional loyalists storming the U.S. Capitol. 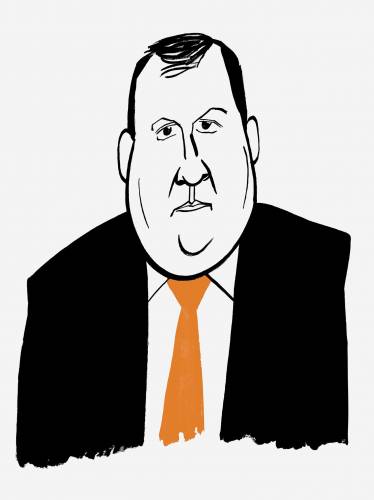 Trump remains unapologetic, even serene, about those events. He told the journalist Jonathan Karl that he recalls January 6th as “a very beautiful time with extremely loving and friendly people.” Five people died as a result of that “very beautiful” moment, and nearly seven hundred of the “loving” marauders have been charged with various crimes. No matter. Just as pro-slavery Southerners refused to accept Lincoln as their President after the election of 1860, millions of Americans have been convinced by Trump and the social-media swamp that Biden’s Presidency is illegitimate.

Even as Trump is threatened with prosecution, he could run again. And he could win. Or he might step aside for one of his maximalist imitators: Ron DeSantis, of Florida; Josh Hawley, of Missouri; Ted Cruz or Greg Abbott, of Texas. The recent gubernatorial race in Virginia, however, hints at another sort of Republican future. Glenn Youngkin, a demi-billionaire, who made his pile in private equity, defeated the Democrat, Terry McAuliffe, an echt Clintonian, by carrying out a shrewd strategy of MAGA lite. Youngkin, a sober cynic, recognized that, in a state such as Virginia—which went for George W. Bush twice, then Barack Obama twice, then Hillary Clinton, in 2016, and Biden, in 2020—he would do well to gesture in Trump’s direction without mimicking his most lurid tactics. Youngkin never quite endorsed Trump’s election-conspiracy theory but said that he would vote for him if he got the Republican nomination in 2024, and that he was all for “election integrity.” He made a point of vowing to ban critical race theory in schools, even though it’s not part of the state’s curriculum. This kind of slick signalling allowed him to hold on to the Trumpian purists in rural areas, while luring back just enough swing voters in the suburbs. Youngkin beat McAuliffe by two per cent in a state that, just a year before, Biden won by ten.

Last week, Chris Christie, the former governor of New Jersey, published “Republican Rescue,” a book that seeks, in effect, to take the Youngkin strategy national. Many erstwhile members of the Trump circle have written books or blabbed to receptive journalists in the hope of cleansing their reputations. Christie is going to the literary laundromat because he may want to run for President in 2024. It’s hard to see how he has enough detergent.

Christie has been Trump’s friend, dinner companion, and adviser for two decades. He endorsed Trump early, wrote memos for him, prepped him for debates with Clinton, and encouraged him to appoint right-wing judges and to follow the path of America First. He ran Trump’s transition team—until Jared Kushner and Steve Bannon pushed him out. In fact, he writes, “very few people were as publicly invested in the success of Donald Trump as I was.”

Christie wants Republicans to accept him as the one member of Trump’s circle who always gave him unvarnished advice, who was always out for the good of the country and the Administration, never for himself: “I told him hard truths when no one else would.” But the portrait he paints of his friend is laughably selective. He ignores or doesn’t much care about the racism, the cruelty, the assault on voting rights, the authoritarian impulses. He describes Trump’s fits and furies as quirky charm—“norm-busting behavior.” As governor, Christie revelled in his own tantrums. And so, when he allows that he admires Trump’s “let-’em-squirm fearlessness,” he is also admiring himself.

Christie finally reaches his limit when Trump refuses to accept the election results and helps provoke the January 6th insurrection. Not that Christie, for all his insider status, had thought it was in Trump’s character to do so. The night before the election, he assured a Canadian interviewer that Trump and Biden were “both responsible men” and that, should Biden win, there was “no question in my mind that President Trump will participate in a peaceful transition of power.” Rather than admitting that he was wrong all along about Trump, he touts his own bravery when he tells George Stephanopoulos, on ABC, that “I disagree” with Trump’s seditious course. This is rather like disagreeing with the assault on Fort Sumter.

Christie is a canny narrator. He maintains over-all fealty to Trump, but wants you to know that he understands what kind of human being Trump is. In the waning months of the Administration, Christie was invited to the White House to attend the Rose Garden introduction of Amy Coney Barrett as a Supreme Court nominee and to help prepare Trump for a debate with Biden. Christie confirms how heedless Trump and his Administration were about COVID—masks were scorned in the White House—and, predictably, many officials and visitors, including Trump and Christie, got sick. While Trump was hospitalized at Walter Reed, he called Christie, who was suffering at a hospital in New Jersey. The President wanted to know one thing: “Are you gonna say you got it from me?”

Christie doesn’t blame Trump. He doesn’t dare. He lets him off the hook. “And that was the last call I got in the hospital from Donald Trump,” he writes.

Christie will never say bluntly what he knows to be true: that Trump’s Presidency had dire consequences for the country. Trump was impeached twice, yet Christie does not grapple much with that record. Instead, he insists that the Republicans must look forward. They must part ways with the militia crazies and the conspiracy theorists, to be sure, but above all they must wage battle with Biden, an “anticapitalist” who is imposing critical race theory on “unsuspecting” children. The climate catastrophe, the menace of authoritarianism at home and around the world—the biggest challenges that we face seem to interest Christie no more than they do the political party he hopes to lead. In “Republican Rescue,” he is asking the G.O.P. to support him because he was by Trump’s side until the ugly coda, when he wasn’t. The campaign slogan that comes out of this book might as well be “Vote for Chris Christie. Saner than Rudolph Giuliani.” Not exactly “Tippecanoe and Tyler too,” but it’s what he’s got. ♦

Previous : The intellectual right’s war on America’s institutions
Next : The Merry Eclecticism of Thai Street Food at Soothr