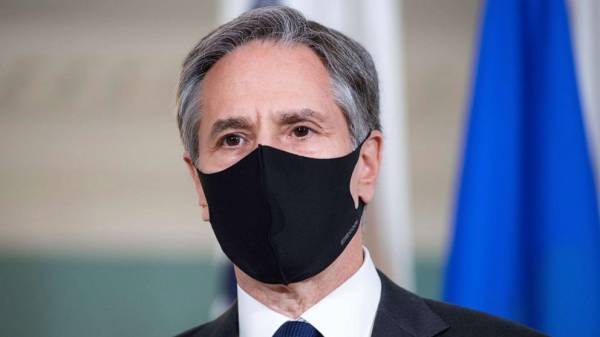 In his first message to all staff on the issue, Secretary of State Antony Blinken on Thursday acknowledged there is “growing concern” about the “unexplained health incidents” that have affected dozens of U.S. personnel around the globe.

Blinken committed to meeting “soon” with staff and families affected by what’s commonly called “Havana syndrome,” after the first cluster of cases were reported in Cuba’s capital in late 2016.

Amid some complaints that the department has not been proactive enough in addressing their health challenges or other issues, the note, obtained first by ABC News, acknowledged some shortcomings in sharing information with the department’s 70,000 employees and supporting those who have been impacted.

“Those of you who’ve been directly affected are urgently seeking clarity. Employees going abroad are anxious about whether they or their families are at risk. That’s completely understandable, and I wish we had more answers for you,” wrote Blinken.

“We can and will do a better job keeping you informed of our efforts to get answers, support those affected, and protect our people,” he added.

President Joe Biden’s National Security Council is leading a government-wide investigation into what is causing the incidents and who may be behind them. But so far, U.S. officials have few answers, nearly five years after State Department, CIA and other personnel at the U.S. Embassy in Havana reported strange experiences, like feelings of pressure or vibration and a screeching sound, and debilitating symptoms, including headaches, nausea, cognitive deficits, and trouble with seeing, hearing, or balancing.

Several officials have been diagnosed with traumatic brain injuries, although it’s unclear how many – just one piece of data that diplomats are seeking from the department, along with the number and location of reported incidents, CNN reported this week.

“The investigation into what’s causing these incidents and how we can protect our people is ongoing,” Blinken wrote in his message.

Last December, the National Academies of Sciences, Engineering, and Medicine issued a report that concluded that “directed, pulsed radio frequency energy appears to be the most plausible mechanism in explaining these cases, especially in individuals with the distinct early symptoms.”

The CIA, State Department, and Pentagon all have their own internal task forces to address cases among their personnel and search for possible clues into the causes. The State Department’s is overseen by Pamela Spratlen, a two-time ambassador whom Blinken said reports directly to him, while the CIA assigned a veteran officer critical to the agency’s efforts to find Osama bin Laden to now head its cell.

Ismael Francisco/APSupporters of the Cuban government carry Cuban flags as they ride bikes past the US embassy in Havana, Cuba, Aug. 5, 2021.

In addition, the State Department started a pilot program in June to begin recording baseline medical information of personnel and their adult family members before they move to U.S. diplomatic posts overseas. One month earlier, Deputy Secretary for Management and Resources Brian McKeon sent a cable to all staff urging them to report possible incidents or symptoms immediately, adding, “There is no stigma associated with reporting, and that every report will be taken seriously by our health and security professionals, and the leadership of the Department.”

McKeon and Spratlen have both met affected staffers and family members, but Blinken has not yet and, until Thursday, had not addressed the issue in a department-wide memo. His spokesperson Ned Price said last month that it was one of the first issues he requested a briefing on during the transition – adding, “These health incidents have been a priority for Secretary Blinken since his day one.”

CIA Director Bill Burns has met with affected personnel and made the issue a top priority, tripling the number of full-time medical personnel focused on it, he told NPR two weeks ago. While the symptoms are “real, and it’s serious,” he added, the agency still has no definitive answers on the cause.

An internal State Department report, declassified and released in February, found the agency’s initial response was severely botched, “characterized by a lack of senior leadership, ineffective communications, and systemic disorganization,” it said.