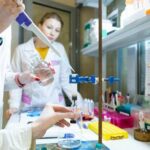 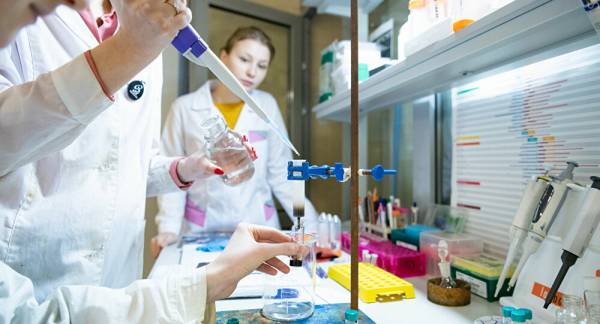 Researchers from Tomsk Polytechnic University (TPU), as part of a research team, have proposed a new method for the targeted imaging of metastases that is 100 times more effective than any known alternative.

According to the scientists involved, this will help to develop an optimal treatment strategy for patients with hard-to-treat cancers (pancreatic, ovarian, and prostate cancers), and will significantly reduce costs. Their research findings are published in the Cancers academic journal.

According to the TPU scientists, cancer is much easier to control at the early stages of the disease when the primary tumour can be removed or irradiated. In the most serious cases, cancer spreads in the form of metastases, which require the use of so-called targeted therapy to be detected and treated. They must be targeted at the molecular level and treated with special drugs to stop the pathological process. Yet, there may not be suitable targets on the surface of the tumour for some cancers.

The epithelial cell adhesion molecule (EpCAM) is thought to be a possible therapeutic target for prostate cancer therapy. The induction of EpCAM expression occurs at an early stage of a prostate tumour’s growth and increases as the disease develops, the authors of the study said. Overexpression of EpCAM in prostate cancer is associated with metastasis, resistance to chemo and radiation therapy, and an increased risk of cancer recurrence, making EpCAM a promising therapeutic target.

Several therapeutics targeting EpCAM are under development by different research teams. Pre-clinical and clinical research studies are currently being conducted. However, such drugs usually contain highly toxic or cytotoxic substances that cause serious side effects, unlike those studied at TPU.

At the same time, the substances proposed by the TPU researchers are said to be harmless, tolerable, have low radiation exposure, and actually work. The production of such substances is being carried out by the research team under the supervision of an academician, Sergei Deyev of the Shemyakin-Ovchinnikov Institute of Bioorganic Chemistry of the Russian Academy of Sciences, while scientists from Tomsk Polytechnic University are trying to figure out how to turn these substances into radiopharmaceuticals.

During the research work, the TPU scientists used DARPins carcass proteins marked at two ends. These proteins were specifically designed for the molecular recognition of various biomolecules.

According to the TPU scientists, the development will help to personalise cancer therapy, meaning that in 5-6 years, therapeutic and diagnostic methods will be much more efficient. It will also help to save a lot of money because the cost of one drug is about €40,000.

Vladimir Tolmachev noted that the target the researchers are working with is present in hard-to-treat cancers, like pancreatic, ovarian, and prostate cancers, and which are detected at a later stage and still treated with 20th century technology. The antibodies marked with radioactive particles, which are traditionally used in the treatment of cancer, can only be used 5-6 days after being injected, and the contrast is quite bad, while the substances offered by the scientists from Tomsk Polytechnic University provide a significantly better contrast just 2-3 hours after being injected.

The project was supported by a mega-grant from the government of the Russian Federation.

Previous : Post-COVID Ray of Hope for UK With Jobless Total Just 200K Higher Than Pre-Pandemic
Next : Russia Slaps Google With Another Fine for Not Deleting Banned Content