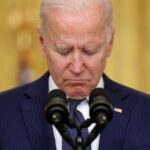 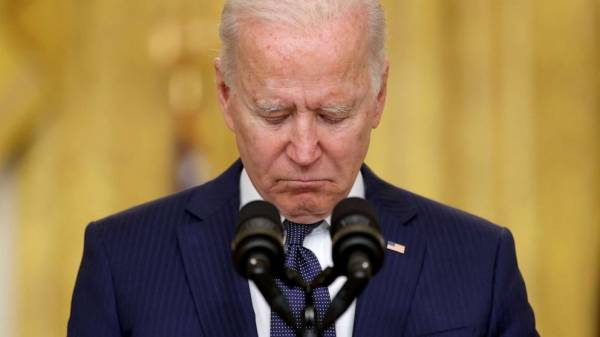 President Joe Biden had a clear and directed message for the assailants responsible for the deadly terror attack outside of Hamid Karzai International Airport on Thursday, and for anyone else who might be planning an attack.

“To those who carried out this attack, as well as anyone who wishes America harm, know this, we will not forgive. We will not forget. We will hunt you down and make you pay,” he said.

Biden underscored that he has repeatedly warned that the evacuation mission in Afghanistan was a dangerous one — but that it will continue until the end of the month, even as threats persist.

Jonathan Ernst/ReutersPresident Joe Biden delivers remarks about Afghanistan, from the East Room of the White House in Washington, U.S. Aug. 26, 2021.

Thirteen American service members were killed and 18 wounded, among scores of Afghan casualties in the attack outside the airport. Biden addressed the nation Thursday afternoon.

“A tough day,” Biden began. “This evening in Kabul, as you all know, a terrorist attack — that we’ve been talking about and worried about, that the intelligence community has assessed, has undertaken — an attack by a group known as ISIS-K took the lives of American service members standing guard at the airport and wounded several others seriously.”

“I’ve been engaged all day, in constant contact with the military commanders here in Washington and the Pentagon, as well in Afghanistan and Doha. And my commanders in Washington, in the field, have been on this with great detail, and you’ve had a chance to speak to some so far,” he said to reporters. “The situation on the ground is still evolving, and I’m constantly being updated.”

Victor J. Blue/The New York Times via ReduxPeople assist a person wounded in a bomb blast outside the Kabul airport in Afghanistan, Aug. 26, 2021, at a hospital in Kabul.

U.S. officials said later that most of the 13 U.S. military service members killed were Marines and at least one was a Navy hospital corpsman, or medic, and one an Army soldier.

“These American service members who gave their lives, that’s an overused word, but it’s appropriate here, were heroes,” Biden said from the White House. “Heroes who have been engaged in a dangerous, selfless mission to save the lives of others.”

The president said that he and first lady Jill Biden are “outraged as well as heartbroken” for Afghan families who lost loved ones, including small children, in what he called a “vicious attack” that will be met with “force and precision.”

“We will not be deterred by terrorists. We will not let them stop our mission. We will continue the evacuation. I’ve also ordered my commanders to develop operational plans to strike ISIS-K assets, leadership and facilities,” he said.

Biden asked to be joined in a moment of silence “for all those in uniform and out of uniform — military and civilian — who have given the last full measure of devotion.”

Jonathan Ernst/ReutersPresident Joe Biden observes a moment of silence for the dead as he delivers remarks about Afghanistan after a deadly bombing in Kabul, from the East Room of the White House in Washington, Aug. 26, 2021.

He then took six questions from reporters in the East Room.

Asked whether he would send additional troops to Afghanistan, Biden said he did not anticipate needing more boots on-the-ground but that the U.S. can conduct retaliatory strikes against ISIS-K without large military operations.

“I’ve instructed the military, whatever they need, if they need additional force, I will grant it,” Biden said.

While saying that he bears “responsibility for fundamentally all that’s happened of late,” the president also defended his decision to withdraw troops by the end of the month.

“I have never been of the view that we should be sacrificing American lives to try to establish a democratic government in Afghanistan, a country that has never once in its entire history been a united country,” Biden said just before leaving the East Room. “Ladies and gentlemen, it was time to end a 20-year war.”

MORE: Afghanistan updates: At least 12 US service members among those killed outside Kabul airport

ISIS-K, an ISIS affiliate in Afghanistan, claimed credit for the attack Thursday afternoon. It comes days after Biden warned from the White House of on-the-ground security threats from the terrorist group known as the “sworn enemy of the Taliban.”

“Every day we’re on the ground is another day we know that ISIS-K is seeking to target the airport and attack both U.S. and allied forces and innocent civilians,” he said at the time.