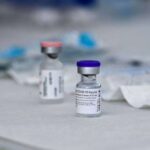 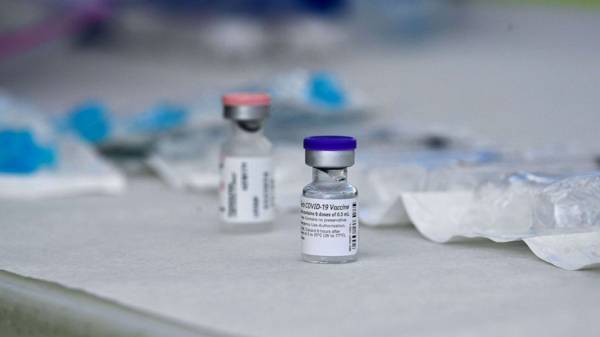 The Centers for Disease Control and Prevention officially recommended a third dose of an mRNA vaccine for immunocompromised Americans on Friday afternoon, allowing around 7 million Americans who didn’t get an optimal immune response to their initial vaccine doses of Pfizer or Moderna to gain more protection.

CDC Director Dr. Rochelle Walensky signed off on the recommendation after a CDC panel voted Friday morning on the specifics of who should get an additional shot and when. The CDC approval was the final step in the process initiated by the Food and Drug Administration’s announcement late on Thursday night that immunocompromised Americans will be able to get a third shot.

“Today, I signed CDC’s Advisory Committee on Immunization Practices’ (ACIP) recommendation that endorsed the use of an additional dose of COVID-19 vaccine for people with moderately to severely compromised immune systems after an initial two-dose vaccine series,” Walensky said in a statement.

She called the recommendation “an important step in ensuring everyone, including those most vulnerable to COVID-19, can get as much protection as possible from COVID-19 vaccination.”

The additional dose will specifically be targeted at cancer patients, transplant recipients, people with HIV and people on immunosuppressant drugs, plus a range of other conditions that similarly left vaccinated people with less immunity than expected.

Instead of the more than 90% protection from the vaccines that’s normally found in healthy people, vaccine effectiveness in immunocompromised people can be as low as 59% to 72%, the CDC said.

Some immunocompromised people even had no immune response to the vaccines — a disappointment considering the high risk they have for getting severely ill from the virus.

For example, in one U.S. study, 44% of breakthrough cases that led to hospitalization were in immunocompromised people. An Israeli study found it was around 40%.

But the CDC data shows that a booster shot could increase antibodies in an immunocompromised person by up to 50%.

“COVID-19 disease in immunocompromised people is an important public health problem. The anticipated desirable effects of an additional dose of mRNA vaccine are large, and undesirable effects expected to be minimal, favoring the intervention,” Dr. Kathleen Dooling, a medical officer at the CDC, said at the meeting on Friday.

The CDC estimated about 7 million people, or 2.7% of the population, fit into the category of moderate or severely immunocompromised. But there is no plan to require people to prove their conditions before receiving a third shot, either by prescription or a doctor’s note — it will be a matter of “self-attesting.”

CDC officials suggested that the third shot should come at least 28 days after finishing the primary two-dose series and recommend that people stick with the same vaccine they initially got, be it Pfizer or Moderna, though swapping the vaccines in instances where there isn’t ample supply is “permitted.”

Immunocompromised people who got the Johnson & Johnson vaccine are not yet eligible for additional shots, but the CDC and FDA said they’re doing research and hope to provide more guidance soon.

The CDC also assumes the vast majority of immunocompromised people got mRNA vaccines because only 12 million people nationwide have gotten the Johnson & Johnson vaccine, while 149 million have gotten Pfizer or Moderna shots.

“We think that at least there was a solution here for the very large majority of immunocompromised individuals and we believe that we’ll probably have a solution for the remainder in the not too distant future,” Dr. Peter Marks, vaccine chief for the FDA, said at the meeting.

Experts and officials have been clear that this third shot for immunocompromised people is separate from booster shots for the general public, which people are expected to need as the protection from the vaccines wane over time. But the FDA and CDC, which are monitoring immunity in multiple groups of people across the country, said the U.S. isn’t there yet.

“As we’ve previously stated, other individuals who are fully vaccinated are adequately protected and do not need an additional dose of COVID-19 vaccine at this time,” acting FDA Commissioner Dr. Janet Woodcock said in a statement Thursday. “The FDA is actively engaged in a science-based, rigorous process with our federal partners to consider whether an additional dose may be needed in the future.”