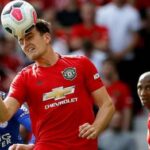 Footballs should be sold with warning about dementia risk, prof says 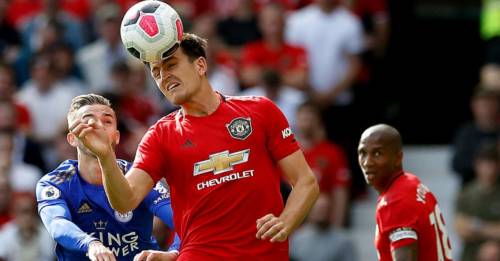 The sale of footballs should now come with a health warning about the increased risk of dementia, according to a leading academic researching neurological disease in former professionals.

Latest data from the University of Glasgow-led FIELD study has revealed further major insights into the link between football and risk of degenerative brain disorders, with position played and length of career considered exacerbating factors.

Results show for goalkeepers neurodegenerative disease risk was similar to general population levels but almost four times higher for outfield players with a five-fold increase for defenders, where head injuries and heading the ball are more prevalent.

Findings also show that diagnoses increased with increasing career length, ranging from an approximately doubling of risk in those with shortest careers, to around a five-time increase in those with the longest careers.

“We are at a point in this current data to suggest that footballs should be sold with a health warning saying ‘Repeated heading of a football may lead to an increased risk of dementia’,” said consultant neuropathologist Professor Willie Stewart, Honorary Professor at the University of Glasgow, who described the data as the “missing link”.

“Unlike other dementia and other degenerative diseases, we know what the risk factor is here. It is entirely preventable. We can stop this now, potentially.

“To do that we need to reduce – if not eliminate – unnecessary head impacts in sport. Is heading absolutely necessary for football to continue?

“Or, to put it another way, is exposure to dementia absolutely required for the game of football or can some other form of the game be considered?

“The interval between exposure and outcome is measured in decades so this is not something we can modify this season and next season begin to see a change in dementia.

“If we make a change now it will take 30 to 40 years to actually see the effects of that.”

The results add to ground-breaking observations from the 2019 FIELD (Football’s InfluencE on Lifelong health and Dementia risk) study publication, which found former professional footballers had an approximately three-and-a-half-fold higher rate of death due to neurodegenerative disease than expected.

Prof Stewart believes narrowing down the key factors should allow progress to be made on changes to the way football is played.

“Maybe football needs to consider other different forms of football,” he added.

“Maybe professionals, with the full support of neurologists and medics and knowledge of risk they are taking, continue to play full-contact, heading football, but maybe at community level and certainly youth level we talk about a game without heading.

“Do we wait 30 to 40 years or do we say now the evidence is sufficiently strong that we should consider the sport with unnecessary head impact? I think we are well past that point.”

Prof Stewart said protective headwear was not an option as it takes away pain sensation and generates a false sense of security while, contrary to popular belief, modern footballs were more of an issue than the older, heavier balls, because “impact forces are transmitted more by speed than the weight” and there was likely more heading in the modern game.

He also dismissed the suggestion banning heading was political correctness.

“None of the families or players affected by this see it as ‘PC gone mad’,” he said.

“I know people will say football isn’t the same without heading. This is what’s known as good, responsible public health.”

Last week the FA, Premier League, EFL and PFA agreed new advice restricting how heading is performed in training sessions with a limit of 10 ‘high force’ headers per week.

“The FIELD study team, funded by ourselves and the PFA, have continued to produce insightful data that has enabled us to make changes in the game. We welcome these new findings,” FA chief medical officer Charlotte Cowie.

PFA chief executive Maheta Molango added: “The welfare of our players, past, present and future is at the forefront of everything we do and this data will inform us how best to protect them and improve our services.”

“This well-conducted study of dementia risk in ex-professional footballers is another piece of a large and largely unfinished jigsaw when it comes to understanding dementia risk,” she said.

“We will continue to call on footballing bodies, player associations, and governments across to help fund dementia research now, not later, when it is too late.”