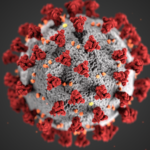 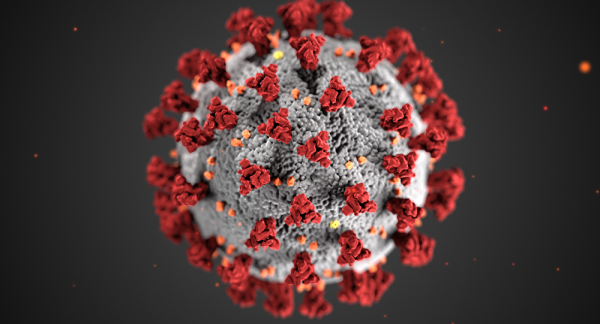 Washington and Beijing remain locked in a high-stakes battle to convince the world that the other was responsible for causing the global coronavirus pandemic, a calamity which has caused more than 4.5 million deaths, devastated economies around the planet, and led to severe restrictions in personal freedoms in some countries.

Ian Lipkin, a Columbia University epidemiologist and infectious diseases specialist who is known for his work to contain the SARS coronavirus outbreak in the 2000s, and who assisted both the Chinese and US epidemic response during that crisis, claims that he was made aware of the SARS-CoV-2 outbreak at Wuhan, China more than two weeks before Beijing told global health authorities about it.

In a separate interview, the academic said he had been told about the new virus by Lu Jiahai, a Chinese friend and research partner from the Sun Yat-sen University in Guangzhou, southern China.

Lipkin, 68, received accolades in both the US and China for his work advising the two nations over their response to the SARS outbreak in the early to mid-Noughties, during which he assisted Chinese government efforts to “assess the state of the epidemic, identify gaps in science and develop a strategy for containing the virus and reducing morbidity and mortality.” In the US, he joined a Defense Department task force to assist with similar tasks.

In the early days of the 2019 outbreak, Lipkin initially predicted that the new virus would cause fewer deaths than SARS. He travelled to Guangzhou in late January 2020, where he met with senior Chinese medical advisers to the Chinese governments, before returning home. He later contracted COVID-19 and treated himself with hydroxychloroquine, the anti-malaria drug which went on to be touted as a miracle cure by former President Donald Trump, but was derided by the US mainstream media and some scientists as an ineffective or even unsafe treatment.

Lipkin, who is also known for his controversial support of gain-of-function research, which some US politicians and academics fear may have been responsible for the Wuhan outbreak, has long defended China and its efforts to try to squash the pandemic, and has consistently denied “any type of laboratory-based scenario” as the outbreak’s cause, although his views have softened with time.

Lipkin’s department at Columbia’s Mailman School of Public Health has received more than $1 million in grants from the EcoHealth Alliance between 2018 and 2020. That same US-based non-governmental institution also funded potentially dangerous bat coronavirus research at the Wuhan Institute of Virology. Some US officials have claimed that SARS-CoV-2 may be a genetically modified virus, and that this virus leaked from the Wuhan lab before going on to cause a global pandemic. Chinese officials have categorically denied these claims, and last week, US intelligence agencies released a brief, unclassified summary of a long-awaited probe into the origins of COVID-19, saying that the virus “probably emerged and infected humans through an initial small-scale exposure that occurred no later than November 2019,” with the first-known cases appearing in Wuhan in December of that year.

The intelligence community concluded that the virus “was not developed as a biological weapon,” and said that “most” of its agencies “assess with low confidence that SARS-CoV-2 probably was not genetically engineered,” although two agencies believe “there was not sufficient evidence to make an assessment either way.”

The inconclusive report comes in the wake of intensifying back and forth claims by US and Chinese officials demanding that global health officials be allowed into one another’s laboratories to search for COVID-19’s origins.

Late last month, China’s permanent representatives to the United Nations office in Geneva sent the WHO a formal request asking the global health authority to open a probe into Fort Detrick, the Maryland-based US Army laboratory once known as the heart of the US biological weapons programme, over its possible role in the origins of the coronavirus. The diplomat included with his letter an online petition signed by more than 25 million Chinese citizens demanding an investigation into the biolab, which was temporarily shut down in mid-2019 for reasons which remain a mystery. Chinese officials and media have suggested that the coronavirus pandemic may have originated at Fort Detrick, and complained about the general lack of information on and oversight into biological research facilities inside the US and hundreds of American biological institutions abroad.

In early August, China rejected a new push by the WHO to continue its probe into COVID-19’s possible origins at the Wuhan lab, suggesting that it would not support “politicised” theories on the virus’s roots.

In his own investigations, US Senator Rand Paul has suggested that neither China nor the United States are solely responsible for the coronavirus outbreak, but that both nations may be to blame through their collaborative efforts. Paul has accused the US government of financing potentially dangerous gain-of-function research at Wuhan, and China of seeking to cover up a leak of one of these viruses, suspecting it to be COVID-19. In July, Paul grilled US coronavirus czar Anthony Fauci during the latter’s testimony to the senate, and accused him of supporting gain-of-function research and lying to Congress about it. Fauci denied the allegations and told Paul that he did “not know what [he was] talking about.”