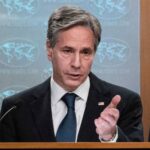 Biden banks on Taliban through Aug. 31 and beyond: The Note 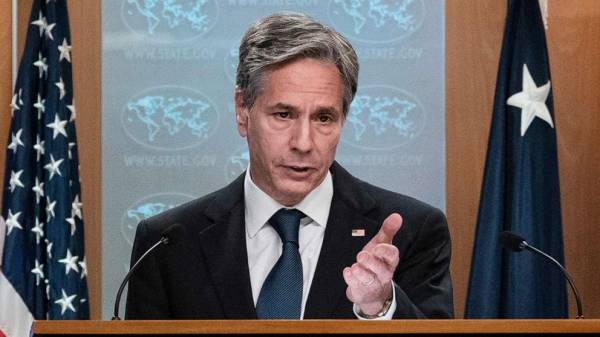 The final five days before the deadline for U.S. troop withdrawal in Afghanistan are shaping up to be messy, chaotic, dangerous and potentially humiliating.

That won’t be the end of it — even if President Joe Biden keeps to his commitment to keep the Aug. 31 deadline in place.

By the Biden administration’s own admission, it’s almost certain that not all American citizens and Afghans who helped the long U.S. effort will be safely evacuated by the end of the month. Secretary of State Antony Blinken said efforts to get them home will not end when American troops leave Afghanistan.

U.S. ARMY/AFP via Getty ImagesParatroopers inspect weapons before de-militarizing them during a non-combatant evacuation operation in Kabul, Afghanistan, Aug. 25, 2021.

That leaves the administration counting on the Taliban — over the next five days and for an unknown number of weeks and months thereafter. Blinken cited “public and private commitments” from Taliban leaders to not stand in the way of evacuation efforts.

Blinken cited the “international expectation” that the Taliban will agree to permit people to exit Afghanistan, warning that the nation will become a “pariah” if it harbors terrorists and doesn’t allow safe passage of those who wish to leave.

“We certainly have points of incentive and points of leverage with a future Afghan government,” he said.

Alex Brandon/POOL/AFP via Getty ImagesSecretary of State Antony Blinken speaks about Afghanistan during a media briefing at the State Department,in Washington, Aug. 25, 2021.

It’s worth noting that Blinken used a similar “pariah” warning back in April, in calling on the Afghan government to uphold women’s rights. He reiterated that comment less than a month ago, shortly before the Taliban seized power.

Expecting the Taliban to allow people to come and go and respect the rights of women and religious minorities — much less to care about the approval of the international community — represents quite the gamble after two decades of insurgent fighting against U.S. forces in Afghanistan.

Blinken vowed that the U.S. will use “every diplomatic, economic assistance tool at our disposal” to get people safely out of Afghanistan. He did not mention other potential avenues of U.S. force.

As the delta variant sends hospitalizations to their highest point in seven months, a few Republican governors — considered 2024 presidential contenders — are differentiating themselves from one another as it relates to COVID-19 policy.

Texas Gov. Greg Abbott has expanded an executive order that banned mandates on vaccines with emergency use authorization to include the now-fully authorized Pfizer vaccine. “No governmental entity can compel any individual to receive a COVID 19 vaccine,” reads the order.

In South Dakota, Gov. Kristi Noem has split from conservative lawmakers in the state who are calling for a ban on vaccine mandates. She banned vaccination from being a condition for employment in state and local government, but has stopped short of banning private employers from doing the same.

“Workers whose employers are mandating a vaccine for continued employment have the power to say no,” Noem tweeted last month. “Our robust economy and job market gives them the option to find a new employer that values personal choice and responsibility, and doesn’t force mandates on their employees.”

Florida Gov. Ron DeSantis’ hardline ban on mandatory masking in schools is being challenged in court as school districts across the state defy his order, aiming to protect school children largely ineligible for vaccination.

If these executives decide to pursue the Republican presidential nomination come 2024, their records on COVID-19 will undoubtedly be very important. What is unknowable is how those records will be perceived by a base, that is — hopefully — years removed from the pandemic.

The TIP with Quinn Scanlan

After months of public urging by former President Donald Trump, football legend Herschel Walker officially entered the GOP Senate primary on Wednesday, releasing a video that hearkened back to his upbringing in Wrightsville, Georgia, and going on to live the American dream.

Four-term Congressman Buddy Carter, who would have been a top candidate having also served as a state lawmaker and a mayor in the Peach State, quickly endorsed Walker, making it clear he would not be getting in the race, which he said he would do if Walker did not.

Three other Republican candidates aren’t backing out to make room for the longtime Texas resident. Three-term Agriculture Commissioner Gary Black quipped in a video responding to Walker’s candidacy, “Welcome back to Georgia. … I’ve been a big fan of yours since we were in college together before you moved away.”

The newly blue seat, currently held by Sen. Raphael Warnock, is perhaps the best pick-up opportunity for Republicans in the 2022 cycle, but questions remain as to whether Walker is their best chance to oust him.

ABC News’ “Start Here” podcast. Thursday morning’s episode features ABC News contributor Steve Ganyard on the terrifying escape Afghans are facing as the U.S. withdrawal continues. Then, ABC News’ Elizabeth Schulze talks about the ongoing issues with federal aid for renters. And, ABC News’ David Scott reports on allegations against a gunmaker that a weapon could be fired without the trigger being pulled. http://apple.co/2HPocUL