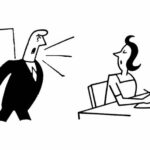 Cuomo on the Brink of Impeachment

Andrew Cuomo’s downfall, which at press time could best be described as either ongoing or imminent, has been both gradual and swift, at once predictable and shocking. During his decades in politics, and three terms as governor, he has banked enough ill will, among enemies and erstwhile allies, to sink a political career a dozen times over, and yet he has also seemed (or been said) to have a mastery of the mechanics of power and a knack for self-advancement and self-preservation. The skills that have helped him rise and thrive are the ones that have made him widely feared and despised. The vices occlude the virtues. 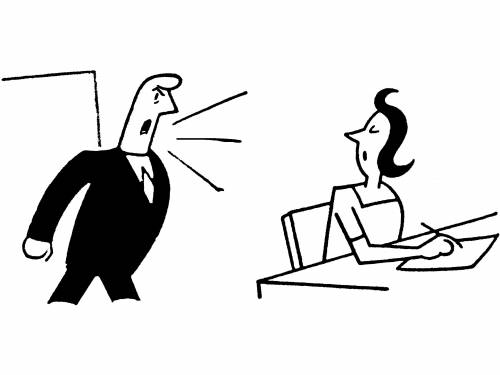 Detractors may find it bittersweet that Cuomo’s comeuppance results from personal sins instead of political ones—such as his poor stewardship of mass transit or COVID’s tear through nursing homes. But the report released last week by Letitia James, New York State’s attorney general, which documents Cuomo’s misdeeds as a serial harasser and unwanted toucher, describes a man who has lost his compass, if he had one. Here is a governor without a governor. The toxic atmosphere he fostered in the executive chamber (and in the governor’s mansion) expresses, once again, that the personal is, inevitably, political. His treatment of his accusers mirrors his dealings with his colleagues in state government, and with his constituents. Charm, bully, gaslight, lie. The abusive workplace is not conducive to good work; the work has suffered.

Still, the creep in the A.G.’s report—and in the news reports this past winter, where the allegations first aired—was unrecognizable even to some old hands. Whether this is because they had turned a blind eye or because Cuomo picked his moments, it’s hard to know. The impression is of a guy looking for a chance to cop a feel or make a subordinate feel ill at ease, and whether it’s about the sex or the power may be beside the point.

The allegations go back several years, but in the report, as the pandemic shrinks Cuomo’s circle and limits his contact with the outside world, he comes off as a combination of Howard Stern (“The things I would do to you,” Cuomo tells Executive Assistant No. 1, one of his “mingle mamas”), Colonel Kurtz (so far upriver, increasingly isolated, and surrounded by toadies and severed heads), and Macaulay Culkin in “Home Alone” (ice-cream sundaes for dinner, empty rooms, peril for those who dare enter).

Cuomo has insisted that the women have misunderstood his words, actions, and intentions. “It would be a pure act of insanity for the Governor—who is 63 years old and lives his life under a microscope—to grab an employee’s breast in the middle of the workday at his Mansion Office,” his lawyer wrote, in a rebuttal. Well, yes. A defense, of a kind. A better one, perhaps, than the release of dozens of photos of other public figures hugging citizens in vastly different contexts, or than the claim that the handsiness was just an Italian thing.

And sixty-three: the assertion of seniority, as though it has exculpatory powers. Advancing age, on its own, has never proved to be much of an impediment to oily or self-destructive behavior, especially once you mix in the prednisone of power. The portrait of an office where these behaviors were indulged, and where strategies emerged to rationalize them or cover them up, brings to mind the coddling of a spoiled and dangerous child. In fact, it sounds a lot like the Trump White House.

Emboldened by his surge in popularity during the early months of the pandemic, and maybe even by all the talk of his Cuomosexiness; newly single; marooned upstate with a small cadre of yes-people and “mean girls,” as he referred to them: the Governor seemingly, like his former boss Bill Clinton, got frisky. He apparently told one of his accusers, a young woman in his employ, that he was lonely and sleep-deprived and that what he really wanted to do was get drunk and take a woman on his motorcycle into the mountains. Here was a man playing the single-father-of-daughters role to the hilt on TV, during his briefings—with the talk of the spaghetti sauce and the Boyfriend—while subjecting young female staffers in his home office to creepy talk, or worse.

It may be that there weren’t enough adults around. There has been, especially in Cuomo’s third term, a shift in the tenor of his administration. He came into the governor’s mansion, in 2011, with a coterie of trusted advisers—heavies, wizened pros, lawyers. Most of them are gone now. His father, the former three-term governor Mario Cuomo, died on the inauguration day of the son’s second term. In 2018, Joe Percoco, one of the father’s right-hand men who later became one of the son’s, was sentenced to six years in prison for bribery and fraud. More recently, Cuomo has had to rely on what you might call a less worldly inner circle, adept at Albany but perhaps not so much at the larger themes. Some tactics—the alleged coverup of nursing-home fatalities, the decision to leak confidential personal information about the ex-staffer Lindsey Boylan, who had accused the Governor of sexual harassment, in order to discredit her—suggest not only iffy ethics but an absence of good legal advice or political horse sense. Everyone seems to think he’s toast and that, in the face of likely impeachment, he has no choice left but to resign. Hard to picture. There’s always that motorcycle. ♦