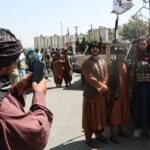 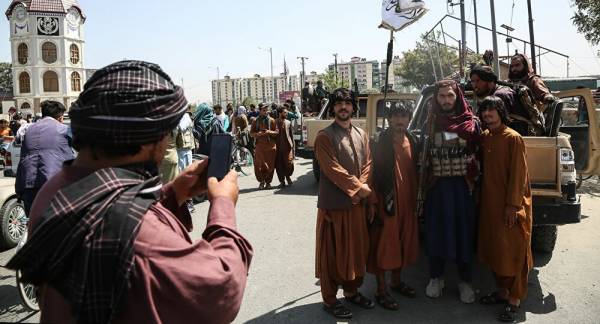 White House national security adviser Jake Sullivan confirmed on Tuesday that a “fair amount” of US equipment supplied to Afghan security forces has fallen into the hands of the Taliban as they quickly surrendered over the last week, including helicopters, MRAPs, and ScanEagle drones.

A day after the Taliban overthrew the US-backed Afghan government, the US Special Inspector General for Afghanistan Reconstruction (SIGAR) has issued a major report summing up the failures of 20 years of nation-building in the Central Asian country.

However, this report is more reflective than the rest, coming just weeks before the US occupation of Afghanistan was slated to end, after nearly all US military forces had been transferred out of the country and after the Afghan government crumbled before a nine-day blitzkrieg that has returned to power the Taliban, whose government the US overthrew in the 2001 invasion that started the war.

“Twenty years later, much has improved, and much has not,” SIGAR chief John Sopko writes in the report. “If the goal was to rebuild and leave behind a country that can sustain itself and pose little threat to US national security interests, the overall picture is bleak.”

Indeed, that’s what US President Joe Biden claimed in a speech the same day the SIGAR report was released.

During the 20-year-long war, 2,443 American troops were killed alongside 3,846 security contractors in the country, many of whom were mercenaries hired to buttress the US occupation force. The US also spent $2.26 trillion on the war, $143 billion of which went toward reconstruction efforts.

However, on the Afghan side the costs were much steeper. More than 5 million Afghans have been displaced either internally or externally, and 241,000 have been killed in combat operations, with the US and Taliban often trading off who had killed more civilians in a given year. In addition, as many as 360,000 people have died as a result of indirect causes of the war, such as shortages of food, medicine, adequate drinking water, or the additional stressors created by living in a warzone or becoming refugees.

©
AP Photo / Mary Ann ChastainAn American flag covers the casket of Lance Cpl. Christopher Fowlkes as it is carried by an honor guard during grave side services Friday, Sept. 18, 2009, in Gaffney, S.C. Fowlkes, 20, died last week from his injuries from a ground bomb on Sept. 3 battle in Helmand province, Afghanistan.

“The extraordinary costs were meant to serve a purpose – though the definition of that purpose evolved over time,” SIGAR said, noting that at various times, the mission included defeating al-Qaeda, destroying its bases and training camps and capturing leader Osama bin Laden; crippling the Taliban; denying other terrorist groups, such as Daesh, the opportunity to set up a base in Afghanistan; and helping to set up and support a new Afghan government, which was built largely on the American model, albeit with far greater authority for the executive branch.

“After conducting more than 760 interviews and reviewing thousands of government documents, our lessons learned analysis has revealed a troubled reconstruction effort that has yielded some success, but has also been marked by too many failures,” SIGAR said.

Some of those failures included struggling to develop and implement a coherent strategy for what the US hoped to achieve and to draw up a realistic timeline for doing so.

“US officials often underestimated the time and resources needed to rebuild Afghanistan, leading to short-term solutions like the surge of troops, money, and resources from 2009–2011. US officials also prioritized their own political preferences for what they wanted reconstruction to look like, rather than what they could realistically achieve, given the constraints and conditions on the ground,” he said.

Sopko said that “US officials created explicit timelines” that painted over the huge political, social and military complexities of the country, “creating perverse incentives to spend quickly and focus on short-term, unsustainable goals that could not create the conditions to allow a victorious US withdrawal.”

The SIGAR report also said the US treated reconstruction like it was a drop-off item like humanitarian aid, rather than sustainable institutions that must serve the country and its inhabitants indefinitely.

“Billions of reconstruction dollars were wasted as projects went unused or fell into disrepair. Demands to make fast progress incentivized US officials to identify and implement short-term projects with little consideration for host government capacity and long-term sustainability,” the report notes. “US agencies were seldom judged by their projects’ continued utility, but by the number of projects completed and dollars spent.”

©
AP Photo / Mariam ZuhaibAfghan women walk on the road during the first day of Eid al-Fitr in Kabul, Afghanistan, Thursday, May 13, 2021

One of SIGAR’s main criticisms is that in drawing up reconstruction plans, US officials fundamentally failed to understand the country they were to occur in and the people for whom institutions were being built.

The report also notes the US “clumsily forced Western technocratic models onto Afghan economic institutions; trained security forces in advanced weapon systems they could not understand, much less maintain; imposed formal rule of law on a country that addressed 80 to 90 percent of its disputes through informal means; and often struggled to understand or mitigate the cultural and social barriers to supporting women and girls.” As a result, US officials often got played by the “power-brokers” they were depending on to help advance their agenda and even helped to arm and enrich enemy militias, including the Taliban.

The report concludes not by hoping to give advice on how to better reconstruct the next country the US invades, but by calling into question whether such a mission is even possible to accomplish.

The report also quotes Robert Gates, who headed the Pentagon from 2006 until 2011:

However, noting that both the Pentagon and the US Agency for International Development do see such conflicts as likely in the future, SIGAR says it’s still vitally important for US officials to draw the necessary lessons from the Afghan reconstruction effort and implement real changes of approach if they don’t want to repeat the same mistakes of the last 20 years.