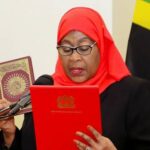 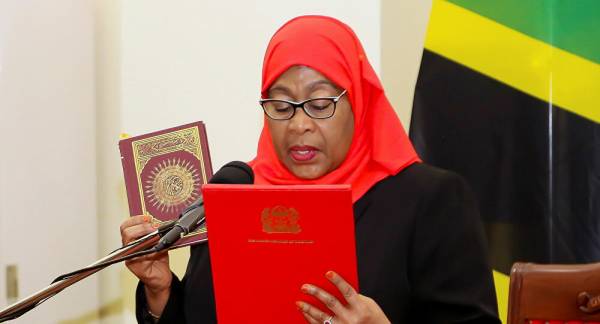 President Samia Suluhu Hassan is joining the ranks of politicians who have repeatedly been told off for making inappropriate remarks about women.

Tanzania’s president has been branded “rude” and “misogynistic” online after she said that female footballers with “flat chests” were like men and thus unattractive for marriage.

President Samia Suluhu Hassan made the remarks during a Sunday ceremony celebrating the victory of the young national male team in the regional CECAFA Cup, when she suddenly referred to women footballers.

The president noted that despite making the country proud with their victories, some female players had a low chance of getting married because of their appearance:

“If we bring them here and line them up, for those with flat chests, you might think they are men – not women”, the president was heard telling a group of black-suited male officials in a widely circulated clip, according to Kenya Digest’s translation.

For such women, the life of marriage was “just a dream”, the 61-year-old president reportedly added.

Hassan also called on authorities to help sportspeople with their future after retirement. She said that post-football life was particularly difficult for women.

The president’s comments were unsurprisingly decried online as harsh and unrealistic.

Samia Suluhu Hassan took office in March after her predecessor John Magufuli suddenly died from what was described as a heart issue. Hassan is the first female president of Tanzania.

Previous : ‘Our Life is On Hold, No Certainty About Anything’: Afghans Live in Fear as Taliban Targets Panjshir
Next : Outgoing New York Governor Cuomo Delivers Farewell Address