The chip shortage has a silver lining 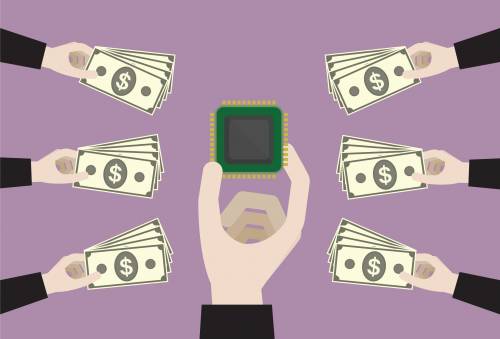 Manufacturers haven’t overcome the worldwide semiconductor shortage. Gaming consoles like the PlayStation 5 are still scarce, automakers are delivering cars with missing features, and Apple may end up producing 10 million fewer iPhones in 2021. For a few companies, however, these supply chain woes may have an unexpected upside.

The manufacturing delays abroad and relentless demand for consumer electronics have turned into a windfall for some chipmakers in the United States. Even lesser-known American manufacturers with aging or secondhand equipment have seen a surge in sales for the legacy chips, or microcontrollers, they produce. These parts are inexpensive to make but are a critical component for many devices, and as supply chain troubles have affected larger companies that focus on more advanced technologies, demand for the more basic chips has grown. Flush with customers, the companies that make these microcontrollers are now on a spending spree to boost their overall manufacturing capacity.

One Arizona-based semiconductor supplier, Microchip Technology, is investing in expensive new equipment and hiring more staff because its profits tripled last quarter, according to the New York Times. GlobalFoundries, a chipmaker based in Malta, New York, announced in July that it would build another chip plant nearby in a bid to double its production capabilities. And just last month, a manufacturer in North Carolina announced its pivot to semiconductors and changed its name from Cree to Wolfspeed. The company is also in the process of building a new manufacturing facility in upstate New York. GM has already signed up as a strategic customer, another clear sign that the chip supply crunch is benefiting certain US sellers and opening up access to new customers.

Taken together, these developments point to a trend that industry leaders hope will become a renaissance for US chip manufacturing. Last May, Texas Instruments started construction on a $3.1 billion chip plant near its Dallas headquarters and may finalize plans for another facility soon. Intel announced this past March that it would spend more than $20 billion to build two new chip manufacturing factories in Arizona, and the company says it could create more than 3,000 jobs. The world’s biggest chipmaker, Taiwan-based TSMC, has already started construction on a $12 billion plant in Arizona. Now, local economic leaders are wooing other companies that work with TSMC to start operations there, too.

“We just want to make sure that more of the manufacturing facilities that are being built in the future, that more of them are built here,” John Neuffer, the CEO of the Semiconductor Industry Association, told Recode. “It’s about making sure that, going forward, we have a better-balanced supply chain.”

The US government wants to capitalize on this momentum. President Joe Biden is eager to bolster the resilience of the country’s chip supply, which government officials believe is critical to national security. At the same time, politicians on both sides of the aisle are eager to boost high-tech manufacturing in the US, which has declined over the past several decades after many companies opted to build new factories abroad.

Whether a new wave of chip manufacturing could help the US expand its role as a global high-tech manufacturing center is unclear. Despite the Biden administration’s effort to address the chip shortage, chipmakers in the US and abroad have signaled that, without direct financial incentives, they will send their new manufacturing elsewhere in the future. Even Idaho-based Micron Technology, the last major manufacturer of semiconductors for computer memory left in the US, has said that the future of its domestic production hinges on financial incentives. The company plans to spend more than $150 billion on chip research and development over the next decade, but has made it clear that it will build new plants abroad if it doesn’t receive proper support from the US government.

These companies want Congress to approve $52 billion in funding to boost incentives for domestic chip production and help companies buy more manufacturing equipment. These subsidies may be critical to preventing the US’s share of global chip manufacturing from declining even further. Right now, only 12 percent of the world’s chip production occurs in the US, a steep drop from the 37 percent share of chip manufacturing that took place in the US in 1990. While Republican and Democratic leaders have said they’re eager to support high-tech manufacturing, chip industry leaders say the government has yet to provide the same financial incentives as other countries, including China and Japan, which are also beefing up their chip production.

Time is of the essence. Right now, companies are racing to build the facilities around the world that will manufacture chips for future technologies, including 5G devices and electric vehicles. Once these billion-dollar facilities start production, they’re unlikely to pick up and move.

Previous : North Carolina’s extreme new gerrymander, explained
Next : Why it’s not quite time to panic about inflation