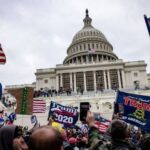 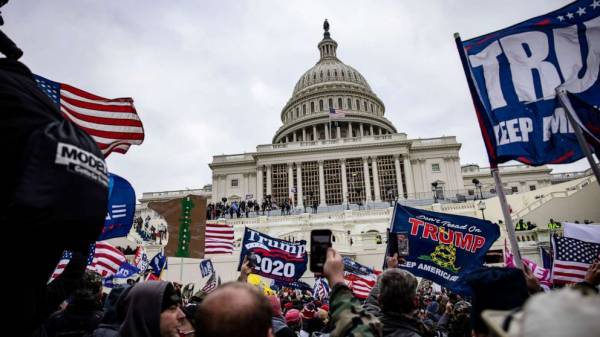 The House select committee investigating the Jan. 6 Capitol attack on Wednesday sent records requests to eight government agencies, seeking records from the Trump White House and administration related to the Capitol Hill riot and efforts to overturn the 2020 election results.

The letters, the first investigative steps taken by the panel since its July hearing, suggest the panel is ramping up its far-reaching inquiry that aims to examine efforts in and around the Trump administration to challenge and overturn the election results before, during and after the Jan. 6 attack.

It could also spark a lengthy legal battle with the former president and his attorneys, who have criticized the inquiry and vowed to challenge efforts to obtain testimony and records.

The panel sent requests to the National Archives — which maintains and preserves Trump White House records — the Departments of Defense, Homeland Security, Justice and Interior, the Federal Bureau of Investigations, and several intelligence community agencies.

Its 12-page letter to the National Archives also requested records pertaining to more than 30 White House aides, lawyers, Trump family members and outside advisers, along with West Wing communications, records and visitors logs on and around the day of the Capitol riot.

MORE: Jan. 6 select committee to meet on next steps, move on subpoenas

The requests to the Justice Department and Pentagon are focused on records related to the “potential invocation of the Insurrection Act” and martial law – both proposed by several Trump allies outside the administration aiming to challenge the election results.

The panel is also seeking communications between the Justice Department and the former president’s campaign legal team “dealing with the validity of the 2020 election of challenges to the election’s outcome.”

“We will look at all records at some point,” Chairman Bennie Thompson, D-Miss., told reporters on Monday, adding that the committee has a list of “several hundred people” investigators hope to contact as part of their investigation.

The panel requested from the Department of Homeland Security records related to intelligence gathered on threats prior to the Capitol attack, including those against Vice President Mike Pence, as well as Secret Service records regarding the protection of Pence and his family.

Jim Lo Scalzo/EPA via ShutterstockSupporters of President Donald Trump run through the Rotunda of the US Capitol after breaching Capitol security during their protest in Washington, on Jan. 6, 2020.MORE: At 1st Jan. 6 committee hearing, police officers recount brutal, racist attack by Trump mob

The panel is also poised to issue records preservation requests to telecommunications and social media companies, ahead of any potential subpoenas, for the phone, text, email and social media records of individuals of interest to the investigation – including, potentially members of Congress.

The committee, whose nine members meet in person or over Zoom roughly twice a week, could hold its next hearing in September when Congress reconvenes.

Previous : Progressive members call on Pelosi, Schumer to act on eviction moratorium
Next : Afghanistan could get worse for Biden as deadline softens: The Note