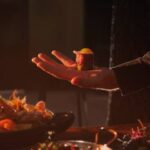 The chef Mikel de Luis—who grew up in Bilbao, Spain, and was a mentee of the many-Michelin-starred Spanish chef Martín Berasategui—was, in mid-March, 2020, ready to open Haizea, a tiny Basque- and Catalan-inflected restaurant, on a quiet street in SoHo. Luis’s plan, which also incorporated group dinners based on txokos—social cooking clubs, popular in the Basque country since the eighteen-hundreds, that traditionally comprised only men but now include women—met its match when the pandemic forced restaurants to close.

In May, 2020, Luis, eager to start cooking, began offering takeout and delivery; after restrictions lifted, a month later, he built a terrace and invited some influencers in the hope of spreading the word that Haizea was, finally, open for in-person (outdoor) dining. For those walking up Sullivan Street in a pandemic daze, unaware of any such influencers, Haizea seemed to appear out of nowhere, a warm, lively spot with an ambitious menu teeming with tapas’ greatest hits, heavy on the seafood—a beacon of new life.

Courting influencers may sound cliché, but it proved to be an essential move, as word did, indeed, spread, on Instagram and beyond, that there was some expert seasonal Basque-style cooking happening at Haizea. The images told a dramatic story, featuring a parade of strikingly composed plates of croquettes (filled with cheese or octopus, arranged with aioli and micro-watercress), Kobe-beef tartare (coarsely chopped and served with crème fraîche, a quail egg, and foie gras for good measure), and seafood, much of it sourced from Spain, that looked like it had just jumped out of the ocean—scallops with bright-orange roe, head-on shrimp, langoustines and lobsters, alone or all together, in a fisherman’s brothy rice dish called arroz caldoso.

On a recent visit, a friend and I were led to the marble-topped bar in the back, which seats eight people (for txoko feasts, featuring the whole menu) but that night was kept to two socially distanced parties of two. When faced with questions, our waitress said, “It’s my first day. I’ll bring the chef.” Luis appeared—high-tops, white chef’s coat, black-rimmed glasses—and, pouring us glasses of ruby-hued Spanish rosé, rattled off ingredients: potato, Iberico ham, Mahon cheese, toast. “You’ll start with that.” We smiled and attempted to order white asparagus, scallops, and toasted angel-hair pasta, but Luis shook his head. “The octopus. The baby clams. You like, yes? Lamb chops—I’ll give you extra. O.K.?” O.K.!

He was right, about all of it. The pintxos of ham, potato, and melted cheese on crisp squares of flatbread brought wishes of a much larger sandwich. Tender octopus, smoky with Spanish paprika, atop the best kind of potato foam, dense and creamy, was presented on a slab of tree trunk. Luis hadn’t mentioned that baby eels came with the clams, but there they were, wispy white strands mingling innocuously with scores of fingernail-size coquinas, bathed in a buttery parsley-flecked, garlic-laden txakoli-wine sauce, with bread for sopping. Dainty lamb chops were seared to a crunch, tender and juicy inside.

Seared lamb chops are accompanied by Padrón peppers and potato.

We had heard that Haizea served goose barnacles—bowls of what look like red-tipped dragon toenails, captioned “Percebes from the north of Spain” on Instagram—but they weren’t on the menu. Did they have any? Luis, his eyes wide with excitement, said, “Do we have barnacles? Yes, we have them! They are very expensive.” Could we try them? “You know why they’re so expensive? Because people kill themselves to get them. They wait for the tide, they have thirty seconds before a wave comes, they dive down, then clack-clack-clack, they get them.”

Jonathan Swift’s quote “He was a bold man that first eat an oyster” will also apply to the barnacle. Luis simmers them with bay leaves, then chills them on ice. For the first-timer, a tutorial: twist off the toenail-looking part, slip back the gray, wrinkled casing, close your eyes, and bite. Firm, bouncy, chewy, they taste of the sea. (Dishes $3.50-$42.) ♦

Previous : Reading Dante’s Purgatory While the World Hangs in the Balance
Next : The Unsettling Vision of Rei Kawakubo