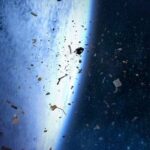 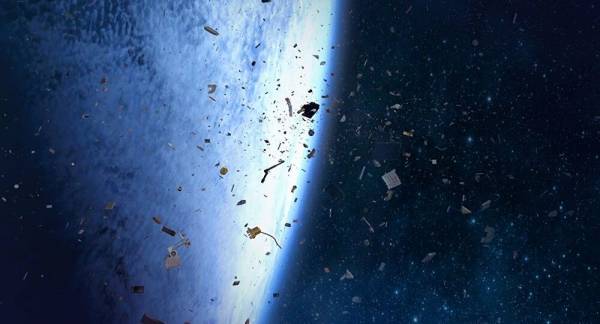 According to the Union of Concerned Scientists’ database, there are more than 3,300 functioning satellites in orbit and thousands of pieces of junk that can be traced, including discarded boosters, derelict satellites, and pieces that have fallen off of vessels.

In a major development that may ease concerns that dead satellites are being left to litter space, Japan’s private firm Astroscale claimed that its demonstrator satellite ELSA-d has successfully captured a defunct satellite on Wednesday.

The ELSA-d, which stands for End-of-Life Services by Astroscale-demonstration, is the world’s first space junk cleaner satellite, designed to find and retrieve used satellites and other debris orbiting Earth. It was launched from Kazakhstan on a Soyuz 2.1a rocket by Russia’s GK Launch Services along with 37 other payloads.

​​“It was a first step, but for us, it was big. The test was brief, with the client moving only centimetres away before the servicer fired its thrusters and reconnected with the client. The entire test lasted dozens of seconds. We were able to test out the cameras, the visualisation, the software and, most importantly, the capture mechanism,” Chris Blackerby, chief operating officer of Astroscale, said in an interview during the 36th Space Symposium in Colorado, US.

©
Sputnik / RoscosmosIn this handout photo released by Russian Space Agency Roscosmos, Soyuz 2.1a rocket booster with Soyuz MS-18 spacecraft is prepared for launch on a launchpad, at the Baikonur Cosmodrome, Kazakhstan

After the successful demonstration, ELSA-d will undergo several other tests that include attempting to capture an uncontrolled, tumbling space object. The final capture demonstration will be “diagnosis and client search,” in which the 175kg servicer satellite (meant to remove debris) will inspect the 17kg client satellite (defunct satellite serving as debris), withdraw to simulate a far-range search, then approach and recapture the client.

The company is also working with the Japanese space agency JAXA on other missions. During the Symposium, Blackerby said that Astroscale will soon start working on a next-generation version of its ELSA spacecraft, called ELSA-m and it will be able to capture multiple pieces of debris.

Signal acquisition of our #ELSAd servicer and client satellites confirmed! ? Congrats to the entire team and thank you to all our partners and fellow Space Sweepers around the world for getting us this far. #GoELSAd pic.twitter.com/vmxRmpSQ6g

As space is becoming increasingly crowded, the rising level of debris in Earth’s orbit has become a reason for concern. The amount of orbital debris has increased exponentially over the past 60 years and – according to a report published by NASA in January this year – millions of pieces of orbital debris now exist in low Earth orbit.

Previous : ‘Democracy is Not Coca-Cola’: China Blasts US for Accusing Beijing of Threatening Western Governance
Next : ‘Agro Express’ Trains Set to Travel Between Russia and Uzbekistan’s ‘Green Corridor’