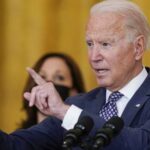 ‘We Got All Kinds of Cables’: Watch Biden Clash With Journo Over Memo Warning Kabul Could Crumble 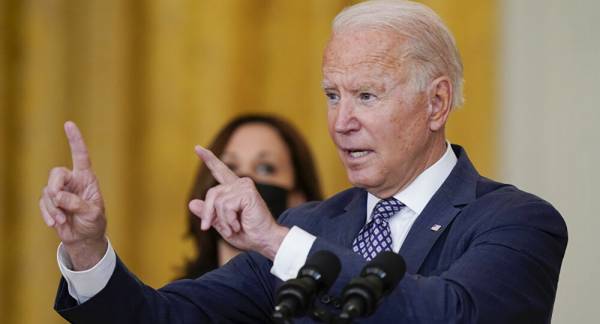 Officials in the White House, the State Department and the Pentagon have been in damage control mode all week long in the wake of the sudden and dramatic collapse of the Afghan government and Kabul’s capture by the Taliban on Sunday.

Joe Biden had a tense exchange with a Bloomberg reporter on Friday during one of the president’s rare press conferences, dismissing recent media revelations that Secretary of State Antony Blinken received a memo back in July warning that the Taliban could capture Kabul much more quickly than initially anticipated.

The cable referred to by Biden was sent on 13 July, and penned by 23 staffers from the US Embassy in Kabul. According to the Wall Street Journal, which revealed details about the memo on Thursday, in addition to warning Washington that the Afghan security forces were at risk of collapsing, the cable also offered advice on ways to alleviate the crisis and accelerate the evacuation of US nationals and Afghans who had assisted US forces during their 19+ year occupation.

The memo predicted that Kabul might fall not long after the US’s 31 August troop withdrawal deadline, overshooting the date it actually fell (15 August) by two weeks, with American forces still in the country.

The WSJ suggested that the memo represented “the clearest evidence yet that the administration had been warned by its own officials on the ground that the Taliban’s advance was imminent and Afghanistan’s military may be unable to stop it.”

Blinken was said to have confirmed reading the cable, and to have “welcomed” the diplomats’ “feedback” on US contingency planning.

At the time  that the cable was sent, US officials including President Biden, Secretary Blinken, and spokespersons at the White House and the Pentagon were presenting confident public appraisals on the Afghan government’s chances against the Taliban, repeatedly emphasizing that the Afghan National Army numbered 300,000 strong, was equipped and trained to NATO standards, and had an air force. The Taliban, according to US estimates, had only 75,000 fighters in its ranks.

The Taliban began a series of offensives against government forces shortly after the US announced in April that it planned to withdraw from the country by the 20th anniversary of 9/11 (the deadline was later moved up to 31 August). During the first three months of the withdrawal, Washington and Kabul dismissed the significance of Taliban advances, pointing out that the Afghan government maintained control of all of the country’s urban areas, including all 34 of its provincial capitals, as well as major roads and border crossings. It wasn’t until 5 August that the militants captured their first city, and ten days later Kabul fell and the government fled. The rapid pace of the collapse appeared to have surprised both US officials and the international community at large. For comparison, the pro-Moscow Afghan government left behind in 1989 after Soviet forces withdrew managed to hold out for over three years, and was toppled by the Taliban only in the spring of 1992, after Russian President Boris Yeltsin cut off fuel sales to Kabul.