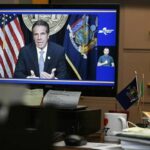 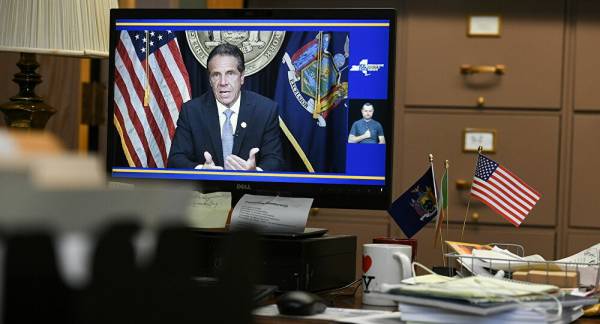 Cuomo’s August 10 resignation comes as just another date in an ongoing series of events and allegations that have transpired in less than a year. Though the outgoing New York governor has opposed the results of the independent probe led by attorneys Joon H. Kim and Anne L. Clark, he will be stepping down from his position in 14 days.

Within the past year, Cuomo has managed to go from a governor heralded for his COVID-19 response to a disgraced politician with a litany of sexual misconduct allegations and ethical scandals.

August 18, 2020: Crown, of Random House Publishing Group, announces that it will publish “American Crisis: Leadership Lessons from the COVID-19 Pandemic,” a book authored by Cuomo on his experience leading New York amid the early onslaught of COVID-19.

August 26, 2020: The US Department of Justice requested COVID-19 data on nursing home deaths from the governors of New York, New Jersey, Pennsylvania, and Michigan. Authorities said the request was made to “determine if the state orders requiring admission of COVID-19 patients to nursing homes is responsible for the deaths of nursing home residents.”

October 13, 2020: Cuomo’s book on his government response to the COVID-19 pandemic was published and goes on to be a New York Times bestseller. Later reports suggested the New York governor would make around $5 million off the book.

November 23, 2020: Cuomo received an Emmy, known as the ‘Founders Award,’ at the 48th International Emmy Awards. The award, in recognition of his daily COVID-19 presentations, was presented by a star-studded cast that included actors Billy Crystal, Robert De Niro and Ben Stiller.

December 13, 2020: Lindsey Boylan, a former aide to the New York governor, took to Twitter to “give voice to the voiceless” and declare that Cuomo “sexually harassed me for years.” Boylan, who previously described her professional experience with Cuomo as “beyond toxic,” detailed that Cuomo would frequently comment on her physical appearance.

She also asserted that she was not the only woman subjected to such harassment.

Cuomo responded to allegations at a news conference, claiming that Boylan has the right to “express her opinion,” however, the allegations are “just not true.”

February 24: Boylan penned an article on Medium alleging that Cuomo kissed her on the lips and, at one point, suggested they “play strip poker.”

February 28: Charlotte Bennett, another former aide to Cuomo, claimed that the New York governor sexually harassed her and asked numerous questions about her sexual history and personal life. Cuomo claimed to the New York Times that he thought he was acting as a mentor to Bennett and that his actions were misinterpreted.

March 7: New York Senate Majority Leader Andrea Stewart-Cousins (D) and New House Speaker Carl Heastie (D) urged Cuomo to resign, referring to his mounting scandals as a distraction. “New York is still in the midst of this pandemic and is still facing the societal, health and economic impacts of it. We need to govern without daily distraction,” said Stewart-Cousins. “For the good of the state, Governor Cuomo must resign.”

Another female aide made a complaint against Cuomo, alleging that she was called to the New York governor’s Executive Mansion in Albany because he was struggling with a technical phone issue. While they were alone in a room on the second floor of Cuomo’s residence, he allegedly closed the door, reached under the unnamed woman’s blouse and began fondling her.

“I have never done anything like this,” Cuomo said, saying that he would not speak further on the reports because he was “confident in the result of the attorney general’s [forthcoming] report.”

March 18: More allegations of Cuomo’s sexual misconduct were reported by the Daily Beast and Ronan Farrow, who landed an extensive interview from Boylan. She previously said she was not interested in talking to reporters.

April 13: New York State Comptroller Tom DiNapoli issued a letter to AG James authorizing a probe into the “alleged commission of any indictable offense or offenses in violation of” laws prohibiting public officials from utilizing state resources for private purposes.”

July 17: Independent investigators appointed by the New York AG questioned Cuomo as part of the state probe into allegations that he sexually harassed several women.

July 23: US Department of Justice announced it would not open a civil rights probe into New York’s handling of COVID-19-related deaths at nursing homes.

August 3: The New York AG’s independent probe, 179 other individuals, determined that Cuomo’s actions toward 11 women – many of whom happened to be government employees – violated multiple state and federal laws. Investigators concluded the New York governor sexually harassed the women “by engaging in unwanted groping, kissing, and hugging.”

Cuomo claimed the allegations leveled against him are “just not who I am.” “I want you to know directly from me that I never touched anyone inappropriately or made inappropriate sexual advances,” he asserted.

August 10: Cuomo announced he would be resigning from his position as New York governor in two weeks. New York Lieutenant Governor Kathy Hochul is set to become the first female governor of the Empire State.

“I agree with Governor Cuomo’s decision to step down. It is the right thing to do and in the best interest of New Yorkers,” she tweeted on Tuesday. “As someone who has served at all levels of government and is next in the line of succession, I am prepared to lead as New York State’s 57th Governor.”

Previous : The controversy over Apple’s plan to protect kids by scanning your iPhone
Next : Eighteen Algerian Soldiers Reportedly Die Fighting Wildfires in Mountains