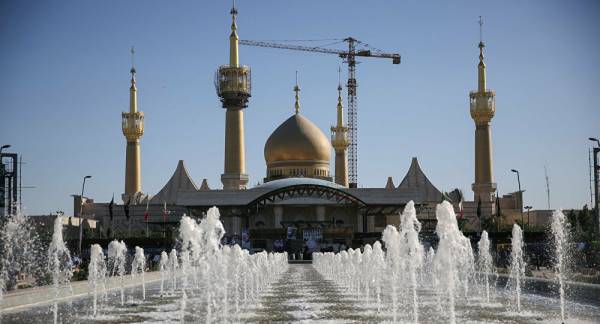 In late April, Bahram Shakouri, chairman of the Iranian-Japanese Joint Committee of Commerce, suggested that the amount of the Islamic Republic’s frozen money in Japan is estimated at between two and five billion dollars.

Iran’s President Ebrahim Raisi has urged Tokyo to unlock Iranian funds frozen in Japan due to US sanctions against the Islamic Republic.

The US’ anti-Iranian sanctions related to the country’s banking and energy sectors prevent the Islamic Republic from obtaining tens of billions of dollars of its assets, mainly from oil and gas exports, in foreign banks.

Up to five billion dollars’ worth of assets are currently frozen in Japan, according to Bahram Shakouri, chairman of the Iranian-Japanese Joint Committee of Commerce.

US Sanctions Against Iran

Washington reinstated sanctions against Tehran on 8 May 2018 after then-US President Donald Trump announced his country’s unilateral withdrawal from the 2015 Iran nuclear deal, also known as the Joint Comprehensive Plan of Action (JCPOA).

Exactly a year later, Iran stated that it would start suspending its JCPOA obligations, including those pertaining to uranium enrichment.

Since April 2021, Tehran and six world powers have been in talks in Vienna to restore the Iran deal, which stipulates the Islamic Republic curbing its nuclear programme in exchange for relief from sanctions. The US and its EU allies have repeatedly accused Iran of trying to obtain a nuclear bomb, while Tehran insists its nuclear programme is purely peaceful.

In mid-July, Russia’s Permanent Representative to International Organisations in Vienna Mikhail Ulyanov argued without elaborating that the work to resuscitate the Iran deal is more than 90% done, but that the remaining 10 percent includes some sensitive matters that have yet to be resolved.

In an interview with the Russian daily Kommersant, Ulyanov said that key US sanctions against Iran may be lifted already in August, if an agreement to restore the JCPOA sees the light of day.