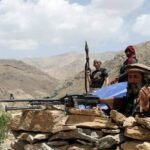 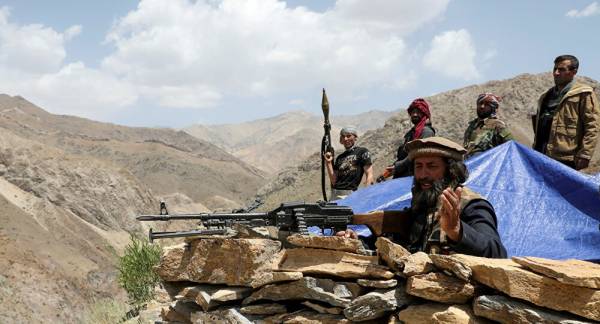 Ever since US President Joe Biden announced the withdrawal of US troops from Afghanistan, the Taliban* has been steadily making territorial gains, pushing back government security forces and taking over most of the country’s borders.

Following the complete pullout of American troops, the Taliban* will not rapidly seize all of Afghanistan, former US Ambassador to Afghanistan Ryan Crocker has suggested in his interview with ABC.

The former ambassador went on to add that the terrorist organisation is currently trying to “create a climate of fear and panic” and is succeeding in this endeavour “wonderfully”.

At the same time, despite the Taliban’s push against Kabul, Crocker does not foresee US President Joe Biden backtracking on his decision to uphold the peace deal with the Taliban brokered by his predecessor, Donald Trump. The ex-envoy believes that the POTUS is adamant in his decision to withdraw troops from Afghanistan.

Crocker’s comment comes as the Taliban continues to advance on positions held by Kabul and which were previously covered by the now withdrawing NATO forces. The group recently managed to seize two provincial capitals in just a matter of 24 hours – the city of Sheberghan in Jawzjan and the city of Zaranj in Nimroz. On 8 August, the movement also managed to capture Kunduz, Sar-e-Pul, and Taloqan in the country’s north.

The Taliban has been steamrolling government positions ever since Biden announced the withdrawal of troops will be completed by the 20th anniversary of the 9/11 attacks this year. Kabul has so far not been able to stop the movement’s offensive, although security forces have managed to throw back the Taliban from some of the border crossings, after the group boasted that it had taken the entire border under control. So far, the Taliban has largely avoided assaulting big provincial capitals, but has been steadily encircling some of them, for example, its former seat of power – Kandahar.

Previous : Cyprus Police Destroy Suspicious Suitcase Near Presidential Palace in Capital
Next : Bitcoin Reaches Highest Price Since Mid-May at $44,500 Despite Fears of US Crackdown