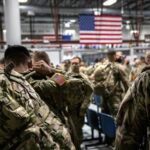 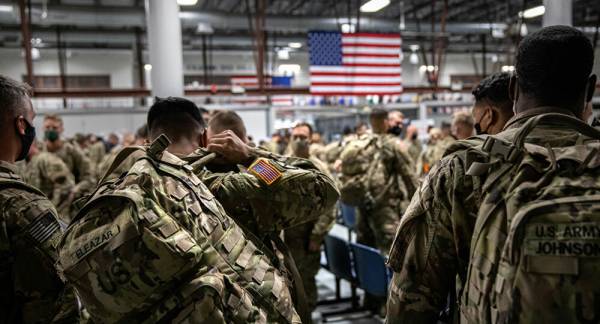 In early August, the US intelligence community thought that Kabul would be isolated within a month and gave the capital 90 days before it would fall to the Taliban*. But no one expected that the US-trained and equipped Afghan forces would surrender without a fight, and the city would crumble in a matter of days.

The Taliban had offered the US to keep Kabul secure, but the Americans said no, according to The Washington Post.

On the eve of the fall of Kabul, the insurgents swiftly captured major cities and secured nearly all border crossings without a fight.

In a bid to prevent bloodshed in the capital, US Secretary of State Antony Blinken reportedly called President Ashraf Ghani to seek support for an arrangement with the Taliban, under which the insurgents would remain outside Kabul if the now deposed Afghan leader would step down and let an interim government take over.

According to a senior US official, the suggestion was made in order to buy time for talks aimed at establishing an inclusive government that would involve the Taliban. Ghani reluctantly agreed.

But just as the Taliban reached the gates of Kabul on the morning of 15 August, the US-backed Afghan president fled the country for an undisclosed location, without informing his American allies and “even many of his own top lieutenants on his way out the palace door”.

According to one presidential adviser, the president was told “it will either be your palace guards or the Taliban but if you stay you’ll be killed”.

It quickly became clear that the city would crumble and be plunged into chaos in a matter of hours.

This development shocked American officials, who at the time relied on a newly-released intelligence assessment which suggested that the Taliban would be able to isolate Kabul within 30 days and completely capture it in 90 days. But they never thought it would take the insurgents a few days after the report was released to take control of the capital.

The chaos purportedly prompted a secret meeting between senior US military leaders in Doha, including Commander of US Centcom General Kenneth F. McKenzie and Abdul Ghani Baradar, the head of the Taliban’s political wing.

As swift and unexpected as the capture of the Afghan capital was, the US appeared to willingly give up the city – even when given an opportunity to secure Kabul. The reported decision is said to have been motivated by President Joe Biden’s determination to pull American troops out of Afghanistan by 31 August and even the collapse of the western-backed government didn’t change his mind.

According to WaPo, McKenzie told Baradar that the US had only one mission – to evacuate American citizens, Afghans who once helped the US, and others at risk.

As part of the deal reached during the clandestine meeting between US top brass and the Taliban, the Americans assumed control of Kabul Airport until the set deadline in order to carry out the evacuation of foreign citizens, diplomatic staff, and Afghan allies wanting to leave the country, while the Taliban took the reins in Kabul.

On 15 August, Taliban insurgents took control of the last government-controlled border crossing, leaving Kabul Airport as the only route out of the country. They subsequently surrounded and captured the Afghan capital after the city surrendered without a fight, and Ghani fled – as it later turned out – for the UAE.

The sudden collapse of the city, which the US intelligence community didn’t anticipate would happen for at least a month, triggered panic among Afghans and foreigners alike, who rushed to the airport seeking to exit the country.

Kabul Airport has been the site of chaotic and deadly scenes since the Taliban blitzed through Afghanistan and seized control of the capital. As foreign troops were conducting an unprecedented evacuation of their citizens and diplomatic staff, thousands of Afghans besieged the airport, desperately trying to flee the country.

Some fell to their deaths after hanging onto the side of an American C-17 military cargo jet, others died in a stampede. The already hectic withdrawal and airlift was dealt a massive blow last week when a Daesh-K* suicide bombing attack at a Kabul Airport gate killed at least 170 civilians and 13 US troops.

On 31 August, the Taliban assumed full control of the airport after the last US plane left the runway, marking the end of America’s longest war. President Biden has promised to address the American people on his decision not to extend US military presence in Afghanistan beyond 31 August on Tuesday.

Previous : Finnish Court Raises Eyebrows as It Drops Incitement Charges Against Swastika Display
Next : Dozens of US Military Dogs Reportedly Left Behind at Kabul Airport Amid Hasty Evacuation – Photos