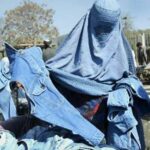 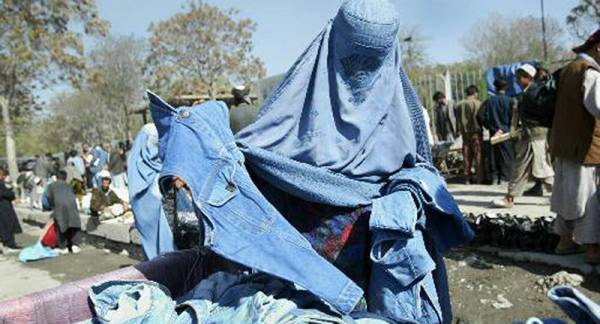 WASHINGTON (Sputnik) – A potential economic collapse in Afghanistan will significantly weaken the Taliban* which may force them to compromise to remain in power, former Virginia state Senator Richard Black told Sputnik.

“The Afghan economy is in a shambles. Inflation is rising, banks are closed, money transfers from abroad have been suspended, and its currency is in freefall”, Black said. “The country is essentially a welfare state, and the end of foreign aid may cause millions to go hungry. An economic collapse looks likely, and that will severely undermine the Taliban grip on power”.

Black went on to say that while at this early stage, one can only speculate about the future of Afghanistan under the Taliban, he believes that the exigencies of governing may curb their brutal tendencies.

The former lawmaker underscored that contrary to popular opinion, the Taliban is not a monolithic force.

“They are severely overstretched, with 100,000 troops occupying a mountainous nation of 38 million people”, he explained. “Their support among the Afghan people is spotty. They are unpopular in vital cosmopolitan centres, where demonstrations against them have erupted several times. The ousted government of President [Ashraf] Ghani was grotesquely corrupt; he reportedly departed with an enormous horde of cash. The Taliban were not popular, but neither was the ousted regime of President Ghani”.

©
REUTERS / STRINGERMembers of Taliban forces sit at a checkpost in Kabul, Afghanistan August 17, 2021

He continued to say that no crowds of elated supporters took to the streets to celebrate the Taliban victory, while the Taliban themselves “do not appear exuberant”.

Black also stressed that Afghanistan has never been a cohesive and stable nation, but has been a country of diverse tribal regions, competing militarily with one another.

That is why, the former state senator suggested, it is unlikely that the Taliban will be able to effectively unify the country.

“Just days after the Taliban occupied the capital, insurgents drove them from several mountainous districts north of the capital”, he said. “The Taliban’s overstretched forces will have difficulty maintaining control of such areas. In cities, groups of women have already staged remarkable demonstrations of solidarity with the former Afghan government and have marched against the reimposition of oppressive Sharia law. Many citizens are refusing to fly the Taliban’s white banner, insisting that the Afghan flag is the true flag of the nation. Such actions would be unthinkable if the Taliban enjoyed widespread public support”.

“The Taliban are negotiating with former Afghan President Hamid Karzai and other Afghan officials to form a new government that may include women”, Black said. “Cooperating with representatives of a vanquished government is unheard of and reflects the Taliban’s fragile grip on power”.

Black went on to say that Abdul Ghani Baradar has arrived in Kabul to form the new government.

“In 2018, the CIA secured his release so that he could serve as chief negotiator for the Taliban in Doha, Qatar”, he said. “Baradar spoke directly with President Trump during the peace negotiations. He appears more pragmatic than some, which explains why the CIA had him released”.

On 15 August, the Taliban entered Kabul. Ghani resigned and fled the country to prevent what he described as bloodshed if the militants stormed the city. Many countries have since started evacuating their citizens and diplomatic personnel from Afghanistan.

Black believes that atrocities and war crimes have been underreported.

“The worst reported war crime was the execution of 22 surrendering Afghan commandos on June 16th. There are scattered reports of executions, beheadings and forced marriages, and Amnesty International reported horrific murders of nine Hazara men a month before the fall of Kabul”, he said. “To date, however, war crimes and reprisals have not been widely reported, though additional reports may surface over time”.

The former lawmaker also pointed out that the Taliban had granted the United States temporary control of the airport for evacuations and they have not attacked those trying to leave.

“However, two dozen panic-stricken Afghans have been trampled to death or fell from departing aircraft, and a few were shot by US troops struggling to maintain order”, he stated. “The evacuation of educated Afghans will impose a painful brain drain on the nation. However, it is unclear whether the Taliban will even attempt to prevent Afghanistan’s most valuable citizens from leaving”.

Overall, Black considers the fall of Afghanistan to be “a damaging blow to the American deep state, which thrives on a continuous state of warfare”.

“Before he ordered the withdrawal from Afghanistan, President Biden could do no wrong; the press suppressed negative news about him. But now, the media are lashing out with a vengeance, causing his popularity to plummet”, he added. “War hawks have warned that al-Qaeda* may reemerge in Afghanistan. Their claim rings hollow, since the US has been an unwavering supporter of al-Qaeda in Syria throughout the Syrian War. Under CIA Project Timber Sycamore, the US has channeled vast quantities of anti-tank and anti-air missiles to al-Qaeda affiliates there”.

Black believes that although the Taliban are now deemed terrorists by the UN, they will probably achieve recognition in due course.

“If they establish a functional government and prove that they can govern effectively, the UN will respond appropriately”, the former lawmaker said.

US PRESENCE IN AFGHANISTAN

Black underscored that The Taliban do not want American troops to remain in the country, and the United States does not want to stay.

He also noted that the Taliban’s agreement with the US allowed the United States to occupy the airport until August 31st, and the group does not intend to extend the deadline.

“European nations were shocked by the 20-year-long mission’s abject failure; they have utterly no stomach for prolonging it. Despite the momentary uproar over the chaotic withdrawal, the American public is firmly opposed to remaining in Afghanistan”, he said. “The deep state has lost the war, and we will leave”.

The former state senator also said Afghanistan is not the centre of the universe and “not a goldmine of intellectual talent”.

Black went on to say that China, Russia, and Iran have vital national interests in Afghanistan, but the US does not. Nonetheless, it occupied the country for a generation, “losing thousands of lives and incurring gigantic debts that have sent shudders through the world economy”.

“Foremost responsibility for the Afghan debacle rests with President George W. Bush and Vice President Dick Cheney, who needlessly committed gallant young troops to a hapless war. Ironically, Bush and Cheney – who both avoided combat during the Vietnam War – were falsely cast as heroes simply for sacrificing the lives of others in Iraq and Afghanistan”, Black said.

“The Obama-Biden administration also bears heavy responsibility for institutionalising never-ending wars and extending them into Libya, Syria, and Yemen,” he added.

Black also said the US withdrawal was “inevitably chaotic”.

“President Trump recognised the futility of the mission and tried to withdraw, however, he was blocked from doing so. Had he succeeded, the pullout would have still been disorderly. Ending wars is messy, but it must be done”, Black concluded.