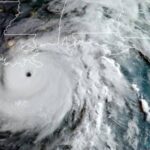 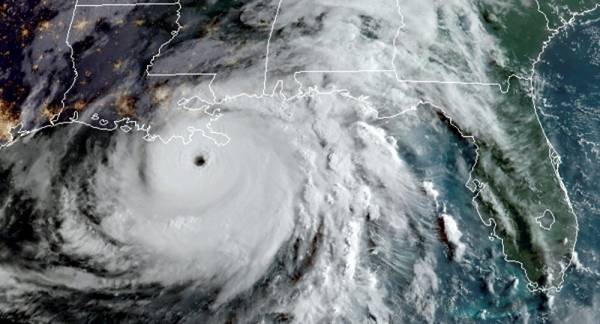 After Hurricane Ida pummelled the Gulf of Mexico, a 14-mile-long oil spill consisting of a 4-mile black sheen and a 10-mile rainbow sheen was discovered in the aftermath, according to the Louisiana Oil Spill Coordinator’s Office.

As Hurricane Ida’s Category 4 winds and torrential rain battered the Louisiana coastline, US coast guard reported on Saturday that cleanup crews were responding to a large oil spill in the Gulf of Mexico. The slick is estimated to be 14 miles long, according to the Louisiana Oil Spill Coordinator’s Office, consisting of a 4-mile black sheen and a 10-mile rainbow sheen, situated in federal waters off Port Fourchon, Louisiana.

Coordinator Sam Jones, who said his agency had received 265 reports of spills related to Ida, was cited as acknowledging that it was “the biggest one out there.”

©
REUTERS / NOAAA sheen appears on the waters of the Gulf of Mexico near an oil industry platform, following the passing of Hurricane Ida in an NOAA surveillance photograph taken south of Port Fouchon, Louisiana, U.S. August 31, 2021.

The growing crude spill appears to be coming from a source underwater at an offshore drilling lease, approximately two miles south of Port Fourchon. A private dive team will be sent to investigate the source of the oil slick, which has not impacted the Louisiana shoreline, said US coastguard. Two 29m (95ft) response boats, supported by a lift vessel, will be sent to the area.

The cause of the spill is still under investigation, but is thought to be an undersea pipeline.

According to coastguard spokesman Lieutenant John Edwards, the source of the spill is estimated to be an undersea crude oil pipeline owned by Houston-based oil and gas exploration company Talos Energy Inc.

While the firm is cited as leading the response to the spill, dispatching a non-profit oil spill response team, Clean Gulf Associates, to clean up the slick, it is refusing to take the blame.

©
REUTERS / NOAAA dark trail appears on the waters of the Gulf of Mexico near an oil industry platform, following the passing of Hurricane Ida in an NOAA surveillance photograph taken south of Port Fouchon, Louisiana, U.S. August 31, 2021.

Talos Energy said the spill was coming from an unknown source in an area where it ceased production in 2017.

“ Extensive field observations indicate that Talos assets are not the source.Talos will continue to work closely with the US coastguard and other state and federal agencies to identify the source of the release and coordinate a successful response,” the company said in a statement, adding:

Healthy Gulf environmental group has reported several spills to authorities in the wake of hurricane Ida, with Naomi Yoder, a staff scientist at the New Orleans-based organization, saying:

Nearly a week after Hurricane Ida hit the US mainland as a category 4 hurricane, the death toll is estimated to be at 64. Floods and tornadoes on Wednesday and Thursday downed trees and power lines, with wind gusts that reached 172mph.

Cars were swept away with people inside, while reports say people in New York drowned when their basement apartments were flooded.

​On Saturday, US President Joe Biden visited hard-hit regions in Louisiana, with the administration already allocating $100m (£72m) to those affected in that area alone.

Previous : Trump’s Niece Has Theory on Why Ex-President Preferred Putin and Kim Jong-un to Macron and Merkel
Next : Iraq Inks $27 Billion Investment Deal With TotalEnergies – Baghdad