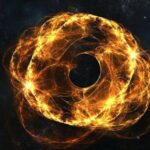 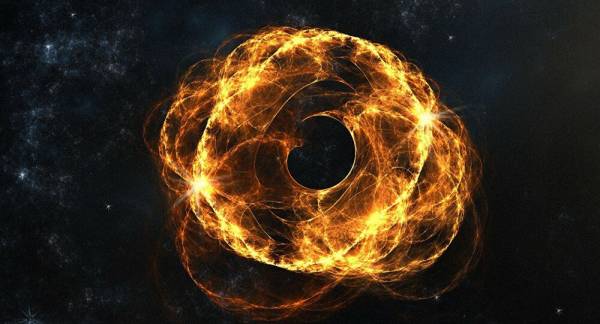 The scientists have also applied the same method to white dwarfs – the compact corpses of stars. Surprisingly, white dwarfs also followed the same relationship between flicker speed and mass.

Black Holes have long been the subject of scientific fascination as an assortment of astronomers and physicists think these behemoths are key to the secrets of the universe.

However, there’s another aspect about these entities that intrigues the scientists – how much do they weigh? And now, a team of scientists has found a new method for measuring the weight of these black holes.

Measuring these massive voids is extremely difficult as it is hard to see them. However, sometimes these black holes “reveal” themselves when they “feed”.

According to scientists, this method could be used on any astrophysical object which is able to absorb surrounding objects via what is called an accretion disk. It may even help in locating elusive mid-size black holes. The researchers, led by astronomer Colin Burke of the University of Illinois at Urbana-Champaign, have submitted their findings that came out on Friday in the journal Science Magazine.

During their observation, the team found that when the matter is sucked inside these giant holes the “material organises into a disk that is heated to white-hot temperatures and can, in some cases, outshine all the stars in the galaxy combined”.

While measuring the diameter of the black hole, the mass can be calculated using Einstein’s general theory of relativity. Only one black hole has been measured by the Event Horizon Telescope – the global network of synchronised radio observatories – but the technique failed while measuring the mass of other black holes.

To overcome this, Burke and his colleagues decided to work on accretion disks.

Previous studies suggested that the time it takes a disk to fade, brighten and fade again is related to the mass of its central black hole. Burke and his team assembled observations of 67 actively feeding black holes with known masses. The sizes of these black holes varied from 10,000 to 10 billion solar masses.

The scientists found that in the smallest of these black holes, the flickers changed on a timescale measured in hours to weeks whereas in supermassive black holes with masses between 100 million and 10 billion solar masses, flickers were much slower, measurable every few hundred days.

“That gives us a hint that, okay, if this relation holds for small supermassive black holes and big ones, maybe it’s sort of a universal feature,” Burke said.

The team suggested that the method offers a simpler way to weigh black holes than any previous technique.

“More massive black holes, for example, would need hundreds of days, or possibly years, of observations to reveal their masses,” Burke added.