Number of Injured in Explosion in Kazakhstan Rises to 60 – Video 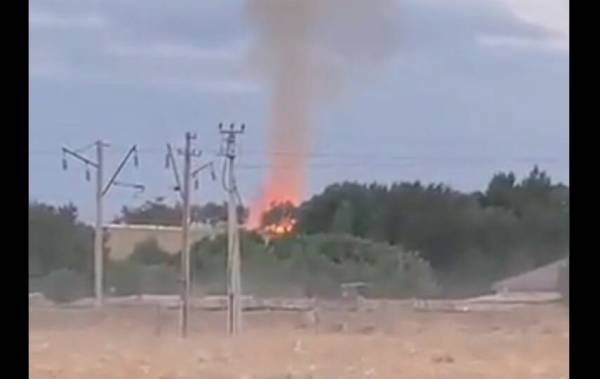 NUR-SULTAN (Sputnik) – At least 60 people sustained injuries during an explosion at a military unit in the southern Kazakh city of Taraz, the regional administration said on Thursday.

The Kazakh Defence Ministry said that the blast was caused by a fire near one of the military unit’s warehouses.

Earlier in the day, the ministry said that the explosion had resulted from a fire at a warehouse of a military unit.

Fire brigades continue the effort to eliminate the fire, causes of the incident are being established. The defence ministry also sent a commission headed by Deputy Defence Minister Ruslan Shpekbaev to the scene.

A video of the explosion emerged online.

Residents of houses located close to the military unit in Kazakhstan’s south where an explosion was registered will be evacuated, Shpekbaev said.

“This warehouse mostly stores engineering ammunition, which do not have a long range. In order to ensure the safety of the population, measures were taken to evacuate residents of nearby houses,” Shpekbaev said in a video address.