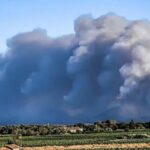 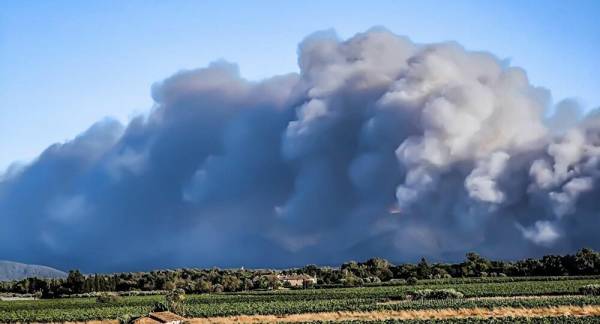 Fires in Europe have been raging throughout the summer, and in southern France at the end of last month, according to local media, vast areas of vegetation were burnt by fire.

The Interior Minister of France, Gerald Darmanin, tweeted on Monday that a massive fire broke out in the Var region of southern France, with unfavorable weather conditions, and 650 firefighters were involved in the extinguishing to “protect the inhabitants.”

The local fire department also stated that about 300 local firefighters were deployed in the disaster area with the help of air fire brigades, urging the residents of the region not to overload the emergency lines.

The country’s media and civil security official account on Twitter shared videos of the fire, adding that several firefighter airplanes and helicopters were being used to fight the blaze.

In recent weeks, much of southern Europe has had exceptionally hot weather. Two wildfires raged out of control near Athens on Monday, forcing the evacuation of villages. They were fanned by strong winds.