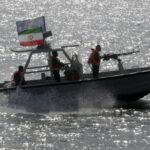 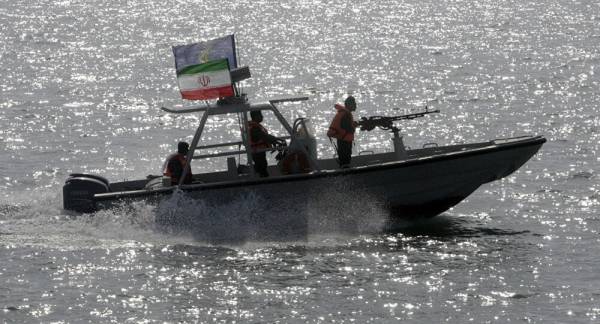 Israel, the US and the UK have threatened to facilitate a “coordinated response” to Iran’s alleged attack on the Mercer Street oil tanker. The Israeli billionaire-managed ship was reportedly struck by a drone on 29 July, killing its Romanian captain and a British bodyguard. Tehran denied responsibility and warned the West against any provocations.

Islamic Revolutionary Guard Corps Commander Maj. Gen. Hossein Salami has urged Iran’s adversaries to think very carefully before making any mistakes that would escalate tensions into a direct military confrontation, saying enemies would face a “destructive and crushing” response that would make them regret their actions.

“The enemies must get rid of false thoughts and ideas because our responses are destructive and crushing,” the commander stressed. “Do not think of confrontation with the Iranian nation because we are firm and steadfast here.”

Salami saved special criticism for Israel – the mortal enemy of Iran’s Islamic republican authorities which has spearheaded accusations against Iran over the Mercer Street attack, saying that “the enemies who threaten us, especially the Zionist entity, must know that our response will be harsh, and the Zionist entity must realize that we are serious.”

“Today, our missile, defence, naval and drone systems and ground forces are at an unprecedented level of preparedness and can respond to any threat at any scale, anywhere,” he warned.

The IRGC commander’s comments come amid the dramatic escalation of tensions in the Gulf of Oman this week. In addition to the suspected Mercer Street attack, UK authorities reported Tuesday that a commercial vessel in the Gulf of Oman may have been hijacked by the Iranian military or “Iranian-backed” forces.

The UK Maritime Trade Operations monitoring agency reported Wednesday morning that the mystery “boarders” had “left the vessel,” that the ship was safe and that the incident was “complete,” offering no further details.

Later in the day, a source told Britain’s The Times that “armed Iranians” had “stormed the vessel” and tried to commandeer it to take it back to Iran, only to be thwarted after the crew scuppered the engines. US and Omani ships were then reported to have shown up and chased the Iranians away.

Iran described the “hijacking” claims as “suspicious” on Tuesday. Iranian Armed Forces spokesman Brig. Gen. Abolfazl Shekarchi called the allegations a form of “psychological warfare” by the West and the “Zionists” aimed at “setting the stage for new bouts of adventurism.”

Israeli, US, UK, Canadian, Romanian and NATO officials blamed Iran for the Mercer Street attack, with US Secretary of State Antony Blinken warning that the West and Israel would come up with a “collective response” against Tehran. Israeli Prime Minister Naftali Bennet also warned the Tael Aviv might “act alone” against the alleged Iranian threat, suggesting that Tehran “knows the price that we’ll exact when someone threatens our security.”