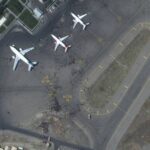 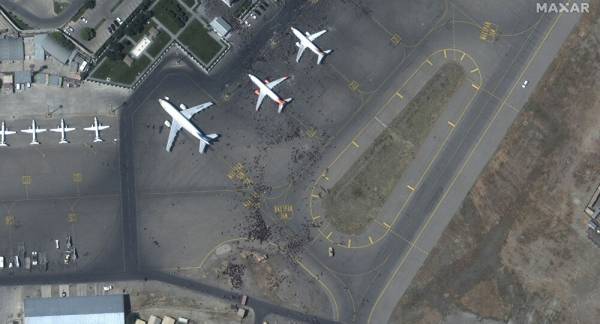 President Biden recently estimated that there are about 10,000-15,000 US nationals in Afghanistan, with all of them expected to be evacuated by 31 August, Washington’s deadline for its troop withdrawal. As many as 80,000 Afghans who assisted US and NATO forces during their occupation are also desperately searching for ways to leave the country.

Republican House and Senate Minority leaders Kevin McCarthy and Mitch McConnell have asked for a classified briefing on the government’s plan to ensure safe passage for US citizens out of Afghanistan after the US Embassy in Kabul said that it cannot guarantee safe passage to the city’s airport.

Requesting a briefing from the “Gang of Eight,” the colloquial term used to refer to the eight leaders in US Congress who are briefed on classified intelligence matters by the executive branch of the government, McCarthy and McConnell said that they want the following information:

The US Embassy in Kabul issued a security alert on Wednesday urging US citizens, those with permanent residence status, their spouses and unmarried children under the age of 21 to head to Kabul to catch “government-provided flights” out of the country on a “first come, first serve basis.” The mission warned that “the United States government cannot ensure safe passage” to the airport.

In an interview with ABC News which aired on Thursday, President Biden indicated that the US was on course to evacuating the 10,000-15,000 Americans in Afghanistan by the 31 August deadline set for the withdrawal of US troops. He added that between 50,000-65,000 Afghans and members of their families who assisted US forces would also be evacuated. Biden further noted that to his knowledge the Taliban has not sought to harm Americans seeking to evacuate.

Republicans including McCarthy and McConnell have spent the past several days attacking the Biden administration over its handling of the withdrawal from Afghanistan and the unexpectedly rapid collapse of the Western-backed government in Kabul on Sunday.

Washington agreed to pullout all its troops from Afghanistan under Biden’s predecessor, Donald Trump, when it signed the US-Taliban peace agreement in Doha in February 2020. In his ABC interview, Biden said he “would have tried to figure out how to withdraw” from Afghanistan even if the Trump Doha deal had not been made, saying that he had become an opponent of the US “nation building” mission in the country.

On Monday, Senate Intelligence Committee Chairman Mark Warner announced that he would work with other congressional committees to investigate potential intelligence failures following Kabul’s collapse, and said he plans to “ask tough but necessary questions about why we weren’t better prepared for a worst-case scenario involving such a swift and total collapse of the Afghan government and security forces.”

The Taliban entered the Afghan capital on Sunday, with the country’s government disintegrating and President Ashraf Ghani fleeing the country to the United Arab Emirates, allegedly with several carloads of cash. Ghani denied the latter allegations, and vowed to return to Afghanistan one day to exact “justice.” The collapse came despite assurances as recently as earlier this month that the NATO-trained and equipped army of 300,000 Afghan troops would manage to hold its own against the 75,000 militiamen strong Taliban forces.

* Recognised as a terrorist group in Russia.