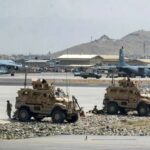 G7 States Agree on Roadmap for Dealing With ‘Probable’ Taliban Government, Not on Evacuation’s End 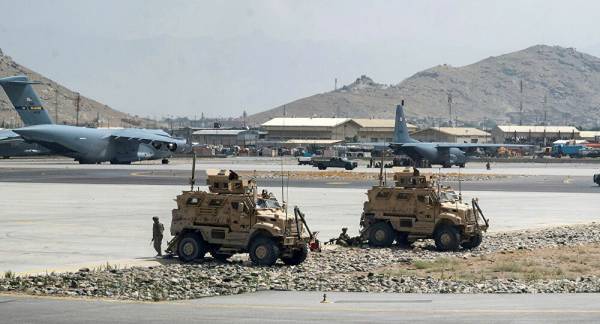 Earlier, the Taliban*, which currently controls the entirety of Kabul with the exception of its international airport, which is held by NATO forces, said that it will not be negotiating to shift the current 31 August deadline for the evacuation of those foreign nationals and Afghans who want to leave the country.

The G7 decided that Kabul Airport must be held for as long as necessary to complete the evacuation, President of the European Commission Ursula von der Leyen has stated in the wake of the G7 summit on the situation in Afghanistan. In line with this statement, the EU Commission chief called on the Taliban* to provide unimpeded access to the airport for those who want out of the country.

Her statements on evacuation were partially echoed by President of the European Council Charles Michel, who said that the EU is concerned about the ability of European nationals and other people to reach Kabul Airport. The road to the latter was blocked by the Taliban earlier in the day, with the group saying only foreigners will be allowed to pass. Michel said that the EU had urged the US and other partners to “secure the airport as long as necessary” to complete the evacuation efforts.

At the same time, the G7 countries failed to agree on a final date for ending the evacuation of foreign and Afghan nationals from Afghanistan, German Chancellor Angela Merkel said after the virtual summit ended. She did not clarify whether this happened due to the member-states failing to come up with a date that would satisfy everyone, noting only that the meeting “could not produce a new date of the for the evacuation’s end”. Merkel also announced Germany’s readiness to work with Pakistan, Iran, and other neighbours of Afghanistan on accommodating Afghan refugees.

British Prime Minister Boris Johnson, in turn, said in the follow up to the G7 meeting that the group’s members had agreed on a roadmap for further joint actions in regards to the situation in Afghanistan.

He noted that apparently there will be a Taliban government in Afghanistan and suggested that the G7 could have “huge leverage” on it, despite admitting that the Taliban might not accept some of the demands. Among the possible demands that Johnson brought up are that Afghanistan won’t turn into a “breeding ground of terror” or a narcotics-exporting state, and that girls there can receive an education up to the age of 18.

Von der Leyen noted that one billion euros in financial assistance to Afghanistan from the EU will be put on hold until the Taliban government shows its intentions and gives “solid guarantees” that the conditions for receiving such aid are met. Angela Merkel, in turn, promised emergency aid for Afghanistan from Germany worth 600 million euros that would be channelled through UN institutions.

Chaos at Kabul Airport Continues as Taliban About to End Evacuations

The Taliban’s successful blitz offensive against government forces in Afghanistan came as a surprise for many countries, with several Western states commencing evacuations of their embassies, nationals, and troops on 15 August after the terrorist group started entering Kabul. The process is continuing despite countries reporting the evacuation of thousands already.

The evacuation efforts are also complicated by Afghans arriving en masse at Kabul Airport in an attempt to flee the country, which is currently poised to fall under Taliban rule based on a harsh conservative interpretation of Sharia law. In addition, many of the Afghans trying to leave the country helped NATO troops in the past and now fear Taliban retribution. The latter announced on 24 August that it would block the road to the airport for non-foreigners.

The Taliban spokesman added that the previously issued permission to leave the country freely for all Afghans would end on 31 August. The insurgent group also demands that foreign forces complete their evacuation by the same date, calling it a “red line” that they don’t want to negotiate.