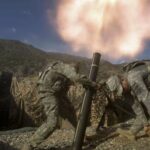 From Vietnam to Afghanistan: US Leaves Deserts Behind and Calls It Peace, Ex-UN Expert Says 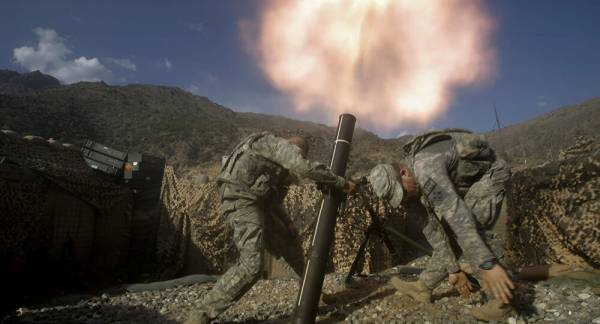 Retired UN Independent Expert on the Promotion of a Democratic and Equitable International Order Alfred-Maurice de Zayas has sat down with Sputnik to discuss the hasty evacuation from Kabul, the consequences of the nearly 20-year occupation of Afghanistan, and how the international community can help the Afghan people tackle a humanitarian crisis.

On 16 August, President Joe Biden addressed the nation on Afghanistan defending Washington’s ecision to withdraw. Ex-President Donald Trump was quick to retort: “It’s not that we left Afghanistan, it’s the grossly incompetent way we left”. The US pullout has been subjected to harsh criticism in the press, however, former UN Independent Expert Alfred de Zayas argues that the US should not have invaded Afghanistan in the first place.

Sputnik: Do you think the US withdrawal and the Taliban’s victory will really bring an end to the 20-year war? What are the odds of Afghanistan being dragged into a new violent civil war now?

Alfred de Zayas: A pandora’s box was opened when President George W. Bush falsely made Afghanistan responsible for 9/11, although the alleged perpetrators (if indeed they were) were not Afghans but Saudi Arabians under Osama bin Laden. Twenty years of devastating bombardment of Afghanistan, destruction of infrastructures, killing of tens of thousands of civilians, pollution through depleted uranium weapons, destruction of ecosystems, and infrastructures do leave a legacy of trauma and hatred.

Can there be peace? Tacitus described a similar situation to describe how Roman legions made a desert everywhere – and then call it peace, solitudinem faciunt, pacem appellant (Agricola). We think that we wash our hands of the mess we caused and leave, but the crimes may come back to haunt us.

Sputnik: What are the major consequences of the 20-year occupation of Afghanistan by the US?

Alfred de Zayas: A spike in worldwide terrorism was a direct result of the US aggression in Afghanistan. As an American living abroad, I consider that my personal safety has been affected. I look at cause and effect. I ask myself, why do people hate the United States? The answer lies in America’s supposed “mission” to export American-style “democracy” to all corners of the world. Except that when we say “democracy” we mean capitalism. We Americans claim we want to bring happiness and human rights to all peoples of the globe. But did anyone ask us to be so altruistic?

The US and the media conglomerates concocted the narrative that al-Qaeda* and the Taliban* are the “bad guys” and must be hunted down like rabid dogs. We are the world’s sheriff that must eradicate lawlessness.

The US was never really interested in “nation-building” – just in geopolitics, bearing in mind that Afghanistan borders Iran and Pakistan. The US wants to control the region and only wants client governments, not independent nations.

Sputnik: What are the main reasons behind Washington’s “Saigon moment” in Afghanistan, as well as the US intelligence community’s failure to predict the swift seizure of Kabul by the Taliban and immediate collapse of the Ghani government?

Alfred de Zayas: US intelligence has failed again and again, but the mainstream media gives us a different narrative and anesthetises the American public into accepting “fake news” and obviously inadequate Pentagon excuses.

What amazes me is not that we are witnessing this debacle – but that we do not learn from prior debacles. Of course, the devastation of Afghanistan was a catastrophe for the Afghan people – but a bonanza for the American military-industrial-financial complex.

​America needs perpetual war to feed the insatiable military machine, which demands trillion-dollar budgets. It would be better to devote our tax dollars to conflict-prevention, health preparedness, education, etc.

Sputnik: What’s your take on the current humanitarian situation in Afghanistan? What measures should be taken by the international community to prevent further crises in the country and ensure the Afghan people’s free self-determination, democratic state-building, and human rights protection?

Alfred de Zayas: I have enormous empathy for the suffering of the Afghan population. Today more than ever they need international solidarity, the assistance of UN agencies such as the Food and Agriculture Organisation, the World Health Organisation, the High Commissioner for Human Rights, the High Commissioner for Refugees, the United Nations Development Programme, the United Nations Environmental Programme.

​The Afghan people are already suffering a “humanitarian crisis” – but until now only few seemed to care, because the “good guys” – meaning the US and NATO – were there defending democracy and human rights. Now that the “good guys” have been kicked out, we realise that the radical Islamists have taken over. The mainstream media now will disseminate a stream of reports from compliant non-governmental organisations who will duly denounce the Afghan authorities for all sorts of violations of civil and political rights.

©
REUTERS / SOCIAL MEDIA WEBSITETaliban militants waving a Taliban flag on the back of a pickup truck drive past a crowded street at Pashtunistan Square area in Jalalabad, Afghanistan in this still image taken from social media video uploaded on August 15, 2021. Social media website/via REUTERS THIS IMAGE HAS BEEN SUPPLIED BY A THIRD PARTY.

Sputnik: Do you think the US, UK, and their NATO allies have left Afghanistan for good or can we expect theme to come back in the future?

Alfred de Zayas: Geopolitically the US and NATO want to control not only the Middle East, but most of Asia as well, including Afghanistan. As things stand, the US, UK, and NATO are not as wealthy and powerful as they once were, and their populations have different priorities than their “elites”. Even though the defeat of colonialism and neo-colonialism in Southeast Asia is complete, old habits die hard. And yet, France, which was defeated at Dien Bien Phu in 1954, and the US in 1975 – never returned to Vietnam.

It would be good for the world and the Afghan people if the US, UK, and NATO would “grow up” and accept realities. As the Spanish Dominican Francisco de Vitoria already wrote in 1530 at the University of Salamanca, every nation has a right to choose its own form of government, even if it is not the best. What the international community owes the Afghan people is a genuine commitment to peace and the right to development of all nations and peoples. The UN Secretary General has a big task in his hands – and Antonio Guterres can do it – if the US, UK, and NATO let him.