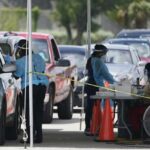 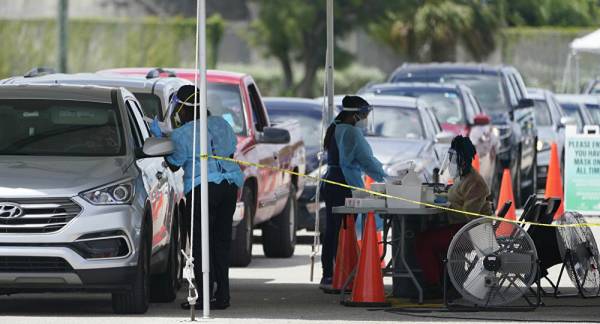 Over the last several weeks, the US has experienced a new spike in COVID-19 cases in the hard-hit states of Texas and Florida. However, the Sunshine State has been placed on another level entirely after becoming the new epicenter of the pandemic within the US, a development that was further bolstered by actions taken by Gov. Ron DeSantis (R).

Florida’s Palm Beach County became the latest district in the state to have implemented a state of emergency after rising COVID-19 cases overwhelmed medical facilities and prompted hospital bed shortages.

The county-wide state of emergency will be in effect until August 24, with a possible extension being implemented should the situation not improve over the next seven days.

The move was initially proposed by Commissioner Melissa McKinlay on Tuesday after it was revealed that all 12 beds for the intensive care unit at the county’s Lakeside Medical Center had been filled, 11 with COVID-19 patients.

McKinlay had admitted at a Tuesday meeting with county officials that Palm Beach County simply did not “have the resources available right now in our community to address the needs in certain parts of our community.”

Local news outlet WPTV reported that the sudden bed shortage had further forced the Lakeside facility to begin transferring patients within the emergency room to other medical centers in nearby Miami and Orlando.

However, not all hospitals have the capability to take in new patients. Darcy Davis, the CEO of the Health Care District of Palm Beach County, told the station that staff with Lakeside Medical Center had called some 13 hospitals to pinpoint a facility that could take new patients to no avail.

Latest figures released by Palm Beach County have indicated that the area saw the documentation of over 9,000 new COVID-19 cases between August 9 and 12, with the positivity rate jumping to nearly 18% during that same period. On average, officials are seeing about 1,000 new cases each day.

The Florida county was previously under a state of emergency at the height of the pandemic, lasting between March 13, 2020 and June 26, 2021.

Aside from Palm Beach County, many other Florida counties are weighing the possibility of implementing initiatives to hold off increasing case counts. Commissioners for Florida’s Alachua County are expected to hold an emergency meeting on potentially reinstituting masking requirements, according to the Sun-Sentinel.

At present, much of the US is being ravaged by the Delta COVID-19 variant, which officials have stressed is far more contagious than previous strains of the respiratory illness. Many parts of the US are experiencing case highs similar to those that were previously recorded over the winter.

Previous : Biden Says He Did Not See Way to Withdraw From Afghanistan Without ‘Chaos Ensuing’
Next : Suspect on the Loose After Injuring Three Students in South Carolina Drive-by Shooting