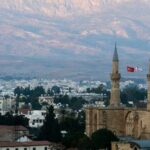 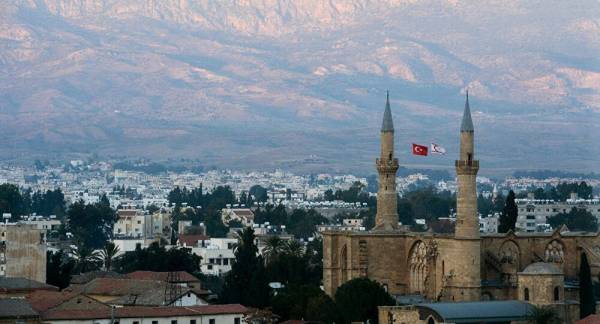 Cyprus’s dispute, involving Greece and Turkey, has been tense for decades, reigniting in 2019 after a large gas field was discovered in the island’s southern waters, which was quickly claimed by the self-proclaimed Turkish Republic of Northern Cyprus (TRNC), a political entity on the island backed by Ankara.

An airbase with Turkish drones in Northern Cyprus raised concerns in neighboring countries that consider the deployment an additional source of instability in the Eastern Mediterranean region, the Associated Press reported on Wednesday, citing anonymous officials.

The official Cypriot government saw the deployment of armed drones in the TRNC as a tool to pursue an “expansionist agenda” to establish control over the entire region, potentially rich with natural gas.

An Egyptian diplomat told the Associated Press that the Turkish drone deployment is another in a series of “Ankara’s provocative measures” that require a “firm” response from the international community.

Turkey first sent armed drones to Cyprus in December 2020 as a response to oil and gas explorations undertaken by international energy companies, and licensed by official Cyprus authorities.

At least two Bayraktar TV2 drones are said to be deployed at the Lefkoniko airbase. The machines have a range of 200 kilometers and an altitude of 6,100 meters, and can carry both weapons and surveillance equipment capable of delivering real-time images to Turkish naval ships.

©
REUTERS / Murat Cetinmuhurdar/PPOTurkish President Tayyip Erdogan reviews a guard of honour with Turkish Cypriot leader Ersin Tatar before he daparts from the Turkish Republic of Northern Cyprus, a breakway state recognized only by Turkey, in northern Nicosia, Cyprus July 20, 2021.

In addition, Bayraktar’s satellite targeting systems are reportedly undergoing modernization to expand their range. The entire base facility is reportedly preparing for an upgrade to accommodate additional unmanned aerial vehicles, surveillance aircraft, training aircraft, and advanced fighters, according to the Associated Press.

Turkey’s presence in areas of the Mediterranean region is consistently criticized by Greek and Cypriot authorities, who point out that Ankara is illegitimately carrying out offshore gas exploration in their maritime zones. Ankara cites licenses received by  TRNC appointees.