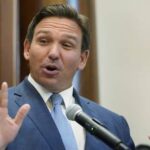 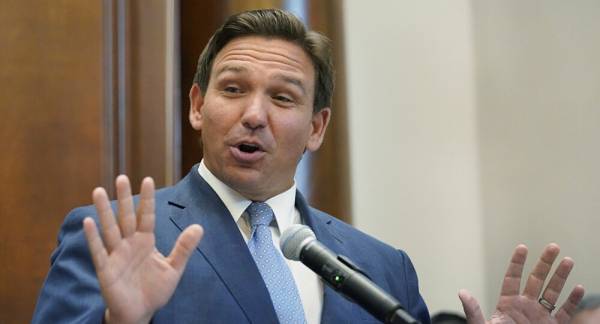 US Centers for Disease Control and Prevention (CDC) director Rochelle Walensky has warned that while COVID-19 vaccines aren’t 100% effective at blocking the Delta variant, it’s easy spread across unprotected parts of the country was turning the outbreak into a “pandemic of the unvaccinated.”

A new poll shows that Floridians’ approval of Governor Ron DeSantis is falling, as he ardently stands against COVID-19 safety measures amid skyrocketing cases of the ultra-infective Delta variant. His crusade has earned him a new nickname in the state: “the pied piper.”

According to Florida Politics, that’s a substantial decline from May, when COVID-19 cases were way down and 55% approved of his job performance while 40% disapproved. That survey was conducted by the Florida Chamber of Commerce

However, there was a stark split along party lines: the St. Pete poll found that 74% of Democrats disapprove of Desantis’ performance, while 71% of Republican approve. Independents were more evenly split, with 39% saying they approve and 51% not approving.

On August 4, there were 20,100 new cases in the Sunshine State – the second-highest ever for the state, accounting for one in five of all new cases that day nationwide, according to the CDC. A record-high of 12,400 people in Florida were also hospitalized for COVID-19 on August 4.

Despite the surge, DeSantis has continued to oppose even basic safety measures such as masks, which have been advised by both the CDC and the World Health Organization to be effective barriers to the spread of the virus. Last week, he issued an executive order threatening public school systems with loss of funding if they require students to wear masks.

Earlier, on July 12, as the present wave of COVID cases was rising and Florida was already leading the nation in new COVID cases, DeSantis’ reelection campaign began selling beer koozies and shirts with the slogans “Don’t Fauci My Florida” and “how the hell am I going to be able to drink a beer with a mask on?”

​When the target of the slogan, National Institute of Allergy and Infectious Diseases Director Dr. Anthony Fauci, was asked about DeSantis’ actions, he told ABC’s Jon Karl, “The fact is, there are things that are individual responsibilities that one has. And there are things that have to do with you individually, which also impact others and get the spread of infection that we’re seeing now — the surge in cases is impacting everyone in the country.”

“We are trying to do everything we can to get around the governor’s very wrong-headed desires,” Gelber said. “The governor has made it as difficult as possible to make people safe.”