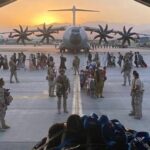 Could Auckland Stabbing Attack Have Been Inspired by West’s Botched Withdrawal From Afghanistan? 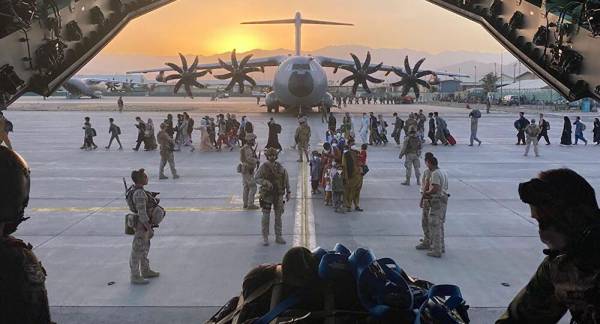 On 3 September, an individual, who has not yet been identified, stabbed and injured at least six people at a supermarket in Auckland, New Zealand. Terrorism and security experts have discussed the assault as well as the apparent influence of the US’ Afghan debacle on the possible future Islamist attacks.

New Zealand police managed to shoot dead the attacker within 60 seconds after he went on a stabbing spree at Auckland supermarket on Friday. Prime Minister Jacinda Ardern described the incident as a terror attack, adding that the culprit, a Sri Lankan national, was inspired by the Daesh* terrorist group.

The man came to New Zealand in October 2011 and has been on the police radar since 2016 as a “known security threat”. According to Ardern, there had been no legal reason to detain him earlier. In an official statement Police Commissioner Andrew Coster noted that law enforcement officers were not seeking anyone else in relation to the supermarket attack because they were confident that the assailant acted alone.

The professor noted that although the New Zealand authorities sought to charge the man with acts in preparation for an act of terror earlier this year, the country’s laws did not allow this. “We need the parliament to change the laws before we can deal with problems like this,” the academic remarked.

Eventually, the would-be attacker was put on a 12-month bond and a community detention while police assigned a 24/7 surveillance team to keep an eye on him.

The academic suggests that the surveillance team had limited options while dealing with the suspect in the supermarket. While they could stop him from purchasing a gun or hiring a heavy vehicle that he could use to run into pedestrians, it was hard to predict what he could do on a routine trip to a supermarket, according to Barton.

“It is a well-known phenomenon that lone actor attackers who manage to act impulsively, or who keep their attack intentions to themselves can be very difficult to detect and stop,” echoes Dr John Battersby, teaching fellow in the Centre for Defence and Security Studies at Massey University in New Zealand, and a specialist on terrorism and counter-terrorism.

According to Battersby, the individual reportedly had no weapon with him and may not have made his decision to attack until he saw the knife on the supermarket shelf. The terrorism expert insists that the Auckland police acted professionally. They needed to get within distance for a practical shot, while avoiding accidently shooting any other member of the public.

The latest attack has once again demonstrated that “it is virtually impossible to stop someone getting access to simple household items such as knives that can be used to such devastating effect and no matter how complete surveillance is,” according to Philip Ingram, a former British senior intelligence and security officer.

Ingram does not rule out that the debacle surrounding the West’s withdrawal from Afghanistan and the Taliban victory may have emboldened terrorist organisations and like-minded individuals to carry out similar attacks around the globe. “The way the evacuation happened has left the world in a much more dangerous place with regard to radical extremist terror,” he warns.

The observers believe that the Friday stabbing spree is unlikely to cast a shadow over the government of Prime Minister Jacinda Ardern. Barton notes that previously Ardern had to deal with the Christchurch attack of 15 March 2019 when at least 50 people were killed at two mosques by accused gunman Brenton Tarrant in a mass shooting after Friday prayers. “She came out and spoke frankly with compassion and people respected her for that,” he recalls.

Still, he expects that the people will be asking why the government didn’t stop the Sri Lankan migrant if they knew that he was a concern for the past five years. “That’s why I think the next step is to try to explain to the public how this works and just how very difficult it is when you look at the details,” the academic underscores.

The terrorism specialist notes that one might argue that had those changes been made, stronger measures could have been taken. However, according to Battersby, it’s nothing but speculation. The tragedy “needs to be weighed against the individual being identified, being under surveillance by armed anti-terrorist officers who reacted rapidly,” he insists, adding that if this had not been the case, “the casualty list could have been vastly greater.”

Previous : US Secretary of State Blinken Delivers Remarks on Afghanistan
Next : Disappointing August Employment Report Misses Projection by Half a Million Jobs