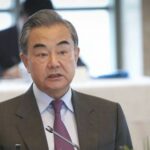 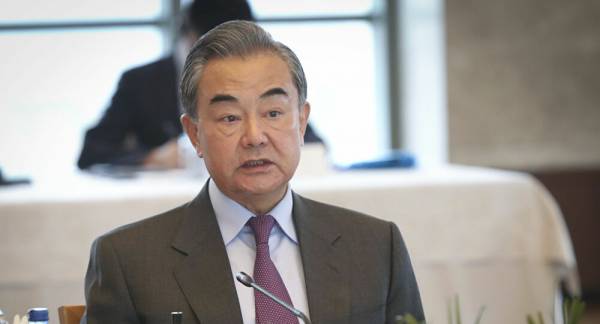 The Taliban’s* successful takeover of the power vacuum left by the fugitive president Ghani on Sunday has sparked a media and political whirlwind in the West, with strong warnings about the ramifications of a resurgent Taliban rule for Afghanistan and other countries.

China urges the international community to refrain from putting pressure on Afghanistan during its ongoing power transition, as well as from using it as a score-settling battleground, the country’s State Councillor and Foreign Minister Wang Yi said on Thursday during a phone call with his UK counterpart, Dominic Raab.

Moreover, according to Wang, under the basis of non-interference in its internal affairs, China is willing to continue to “play a constructive role on the Afghan issue.”

The foreign minister underlined that with the insurgent group’s coming to power, the situation in the war-torn country remains unstable and uncertain.

According to China’s top diplomat, the international community “should fully respect the independence and sovereignty of Afghanistan and the will of the people, engage in more dialogue and guidance,” rather than using it as a geopolitical battleground.

Raab reiterated his country’s commitment to accommodate 20,000 Afghan refugees on its soil, increase humanitarian assistance to Afghanistan and help the UN in aiding the neighboring countries’ reception of additional refugees.

Although China has not formally recognized the Taliban as the country’s new rulers, Wang hosted Mullah Baradar, the Taliban’s political office chief, in Tianjin last month and stated that the Taliban were expected to play a key role in the country’s peace and reconstruction efforts.

Even though fears are rising around the world that the current Taliban rule will repeat the notorious experience of the Islamic Emirate of Afghanistan that existed in the 1990s before the American invasion of 2001, the movement has assured in several press conferences that it intends to create an inclusive new government and guarantee certain freedoms to citizens of the country, within the framework of Sharia law.

Despite the outcry in the West regarding the Taliban resurrection, much criticism has fallen on the US administration itself for the overly chaotic and ill-planned withdrawal of troops and the lack of support for the Afghan army in the fight against the insurgency.