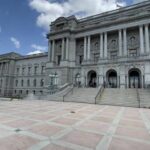 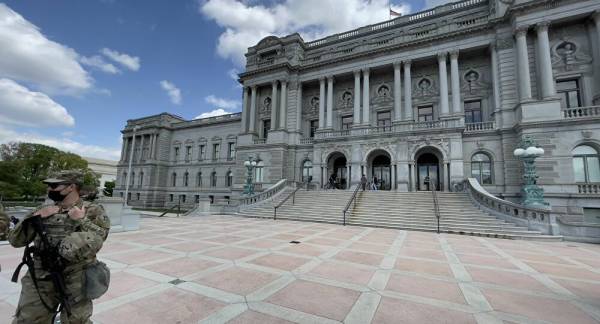 In early January, a pipe bomb was left at the Democratic National Committee headquarters in Washington DC, a day before Trump supporters staged violent riots at the US Capitol.

A suspect who threatened to detonate a bomb outside the Library of Congress on Capitol Hill in Washington, DC, has surrendered and is now in custody, US Capitol Police confirmed on Thursday.

US Capitol Police Chief J. Thomas Manger told reporters that the suspect, identified as Floyd Ray Roseberry, had voluntarily decided to remove himself from his vehicle, and that he was taken into custody without incident.

Manger went on to clarify that as the scene is still active, investigators are uncertain whether any explosives were actually inside the vehicle, underscoring that a thorough search would take “hours.”

No charges have yet been filed against Roseberry as talks remain ongoing with the US Attorney’s Office, according to Manger, who also sidestepped questions on whether Roseberry would be undergoing a psychiatric evaluation.

The hourslong standoff between Roseberry and investigators saw officials converse with the suspect by writing messages on a white board. Roseberry had earlier refused to use a phone that police had dispatched to him.

Manger revealed during the latest briefing that preliminary findings showed Roseberry had no immediate connections to the US military or any law enforcement agency, and that he had recently been dealing with the death of his mother in addition to “other issues.”

Capitol Police initially revealed they were investigating a bomb threat at about 10:30 a.m. local time, later going on to detail that officials were engaged in ongoing negotiations with Roseberry after he arrived at the Library of Congress and drove up onto a sidewalk. At the time, officials did not specify a motive.

Shortly after initial reports had surfaced, police moved to quickly evacuate the building as well as the nearby area. The US Capitol police urged citizens via Twitter to steer clear of the area until further notice.

Officials who spoke to the Associated Press on condition of anonymity earlier said that investigators were working to determine if the device Roseberry was threatening to detonate was an operable explosive.

Previous : How the Taliban uses social media to seek legitimacy in the West, sow chaos at home
Next : Meghan and Harry’s ‘Disgusting’ Bid to Get Response From Queen on Racism Claims Takes New Turn