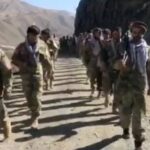 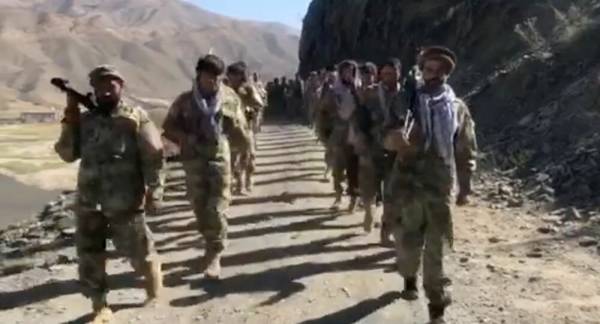 Ahmad Massoud is leading the National Resistance Front of Afghanistan (NRF), an anti-Taliban group that has emerged as the main force putting up a brave challenge against the Taliban*, since the latter took over Kabul recently.

Days after Taliban militants managed to seize Kabul without a fight, it is witnessing concerted resistance from north-eastern Afghanistan. According to Khaama Press, an Afghanistan-based news agency, fighters from Panjshir are now “digging a trench to defend Panjshir Province”.

The region is the epicentre of the National Resistance Front (NRF).

According to the report, “NRF has put up machine gun nests, mortars, and monitoring stations protected with sandbags in anticipation of a Taliban attack on their bastion. Its fighters patrol the region in US-made Humvees and technicals — pick-up trucks with machine weapons mounted on the back – many of them are dressed in military fatigues.”

Khaam adds: “Assault rifles, rocket-propelled grenades, and walkie-talkies are among the weapons carried by many. Some people in the valley, which begins approximately an hour north of Kabul, pose on top of their vehicles against a stunning backdrop of snow-covered peaks.”

Panjshir Valley is also known as the “resistance zone” because of the valley’s location which makes it a natural fortress. It was never conquered by any force – neither foreign forces nor the Taliban.

The confrontation between the Taliban and NRF intensified on Sunday, when the Taliban gave NRF leader Ahmad Massoud four hours to surrender.

In response, Massoud said that Panjshir would not surrender and that the locals were ready to fight – but he did not rule out peace talks.

“We prefer to pursue peace and negotiations before any sort of war and conflict,” Ali Nazary, head of foreign relations for the NRF, told the BBC, before adding that the group would not accept “any sort of aggression” from the Taliban.

Agence France-Presse (AFP) reported earlier, citing a source in the Taliban, that several hundreds of Taliban fighters had moved out towards Panjshir.

The NRF reportedly has around 6,000 troops and seeks international support to hold off the Taliban for an extended period.

On 18 August, Massoud wrote an opinion piece for the Washington Post calling for international help.

In his appeal to all countries, including the United States and the United Kingdom, Massoud wrote that the Taliban is not only a problem for Afghans since Afghanistan under the Taliban will become “ground zero of radical Islamist terrorism”.

Earlier, Mohammad Yaqoob, deputy leader of the Taliban, stated that the movement is not ruling out armed hostilities against resistance forces in Panjshir province should negotiations fail. Still, the group hopes to reach a peace deal with resistance forces in the province in the near future as the delegation of the Taliban has headed to Pankshir.

Previous : The Last Neocons on the Island | The American Conservative
Next : Scientists Discover Fastest Asteroid With Shortest Known Orbit Ever Seen in Solar System