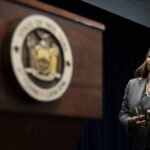 Google is facing yet another major antitrust lawsuit 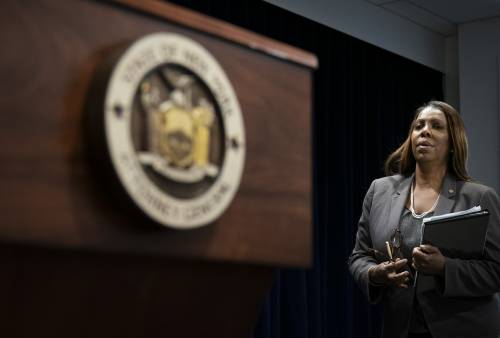 Attorneys general from 36 states and one district are suing Google for alleged anti-competitive practices — this time, over its Google Play app store.

The suit turns up the heat on Big Tech companies, which are also facing a growing pile of antitrust suits, fending off bipartisan antitrust legislation from the House of Representatives, and preparing for more intense scrutiny from the Federal Trade Commission now that it’s headed by antitrust expert and Big Tech critic Lina Khan.

The new suit filed on Wednesday accuses Google of making it difficult for app developers to distribute Android apps anywhere besides its Google Play store, where they are subject to rules and fees that benefit Google. It also says Google has, or has tried, to make agreements with Android device manufacturers like Samsung and mobile network operators like Verizon to preload Google apps on their devices and to not open their own competing app stores. The suit alleges that Google also discourages Android device owners from using other app stores by showing them warning messages that say apps from those stores could contain malware and by forcing users to bypass confusing security messages when they try to download apps not from the Play store.

These practices, the suit alleges, make it exceedingly difficult for companies to compete with the Play store and hurt consumers and companies alike — except, of course, Google.

“Once again, we are seeing Google use its dominance to illegally quash competition and profit to the tune of billions,” New York Attorney General Letitia James said in a statement. “Through its illegal conduct, the company has ensured that hundreds of millions of Android users turn to Google, and only Google, for the millions of applications they may choose to download to their phones and tablets. Worse yet, Google is squeezing the lifeblood out of millions of small businesses that are only seeking to compete. We are filing this lawsuit to end Google’s illegal monopoly power and finally give voice to millions of consumers and business owners.”

James and the attorneys general of North Carolina, Tennessee, and Utah are the co-leads on the case, which is joined by 32 other states and Washington, DC.

The suit expresses complaints similar to those that have been lobbed against Apple’s App Store, which is being investigated by European regulators and was the subject of a still-undecided lawsuit from Epic Games. Developers must go through the App Store and agree to its terms of service to put their apps on Apple’s mobile devices, and they must also give Apple a considerable cut of subscription fees and in-app purchases. Google has avoided some of this scrutiny because it is possible to download certain apps on Android devices without going through Google Play. Now it seems that most of the attorneys general in the US are trying to make the case that it’s not good enough.

“It’s strange that a group of state attorneys general chose to file a lawsuit attacking a system that provides more openness and choice than others,” Google’s senior director of public policy Wilson White said in a blog post addressing the suit. “This complaint mimics a similarly meritless lawsuit filed by the large app developer Epic Games, which has benefitted from Android’s openness by distributing its Fortnite app outside of Google Play.”

Google’s attorneys will be very busy for the foreseeable future. The company was sued in 2020 by 38 state attorneys general (co-led by James) over anti-competitive practices in its search results and search ads; the Department of Justice had filed a similar suit that year as well. Ten state attorneys general also filed an anti-competition lawsuit last year over Google’s ad tech practices.

Those lawsuits are winding their way through the courts, but there is a possible bright spot for Google: Antitrust complaints against fellow tech giant Facebook filed by 48 state attorneys general (co-led by — you guessed it — James) and the FTC were dismissed at the end of June, with a judge saying that the attorneys generals’ complaint came too late and that the FTC’s didn’t establish that Facebook was a monopoly. The FTC can refile an amended complaint within 30 days.

But even if this complaint ends the same way the attorneys generals’ complaint against Facebook did, Google will not be out of the woods. Many legislators and regulators are itching to take on Big Tech over antitrust concerns. Sen. Amy Klobuchar (D-MN), who has made antitrust enforcement and breaking up Big Tech a focus, issued a statement on Wednesday evening applauding the latest lawsuit and warning that antitrust actions wouldn’t stop there.

“I commend these Attorneys General for taking action,” she said. “The case for sweeping antitrust reform is clear, and I will continue to fight in Washington to reinvigorate competition policy so our economy can thrive and consumers can get the fair treatment they deserve.”