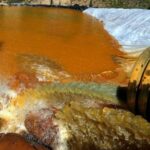 Colorado mine owner seeks US compensation over 2015 spill 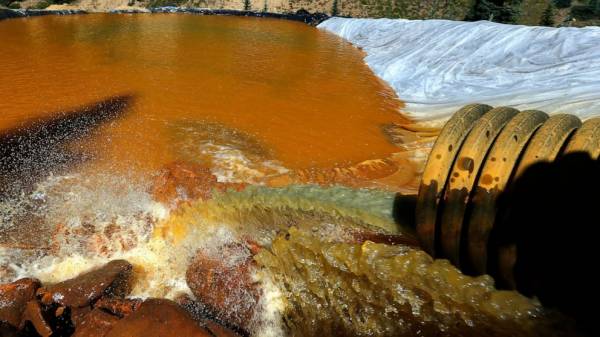 DURANGO, Colo. — The owner of an inactive southwestern Colorado mine that was the source of a disastrous 2015 spill that fouled rivers in three Western states has sued the U.S. government, seeking nearly $3.8 million in compensation for using his land in its cleanup.

Todd Hennis claims the Environmental Protection Agency has occupied part of his property near the Gold King Mine but hasn’t compensated him for doing so since the August 2015 spill, The Durango Herald reported. He also contends that the EPA contaminated his land by causing the spill, which sent a bright-yellow plume of arsenic, lead and other heavy metals into rivers in Colorado, New Mexico and Utah.

In the lawsuit filed Tuesday in the U.S. Court of Federal Claims, Hennis argued that the EPA’s actions have violated his Fifth Amendment rights to just compensation for public use of private property.

An EPA-led contractor crew was doing excavation work at the entrance to the mine when it inadvertently breached a debris pile that was holding back wastewater inside the mine.

The spill released 3 million gallons (11 million liters) of wastewater that made its way into the Animas River and eventually down to the San Juan River. Water utilities were forced to shut down intake valves, and farmers stopped drawing from the rivers as the plume moved downstream.

After the spill, the EPA designated the Gold King Mine and 47 other mining sites in the area a Superfund cleanup district. The agency is still reviewing options for a broader cleanup.

The lawsuit says Hennis verbally authorized the government to use part of a 33-acre (13-hectare) piece of land as an emergency staging area right after the blowout. He thought it would be temporary and that he would be compensated, according to the lawsuit.

Hennis claims that months later and without his permission, the EPA built a $2.3 million water treatment facility on the property. The agency continues treating water and storing waste there, the lawsuit says.

In January, New Mexico and the Navajo Nation announced settlements in litigation over the spill with companies that had operated mines near Gold King. Last year, the U.S. government settled a lawsuit brought by Utah for a fraction of what it was initially seeking in damages.