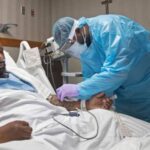 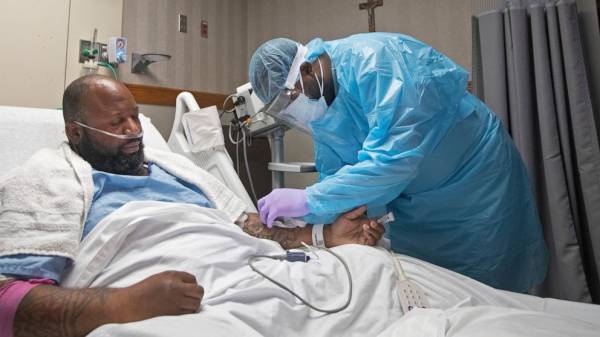 BATON ROUGE, La. — Cedric Daniels and Joshua Bradstreet Contreras didn’t think they really needed the coronavirus vaccine. After all, the uncle and nephew are both young — 37 and 22, respectively — and Contreras was “as healthy as a horse,” Daniels said.

But just days after Daniels went to visit Contreras in New Orleans — a long-awaited reunion that came after not seeing each other for months because of the pandemic — the nephew was rushed away in an ambulance. He couldn’t breathe, even when sitting completely still. He is now in a hospital in a New Orleans suburb, on a ventilator and in a medically induced coma.

At about the same time, Daniels started feeling weak, had blurred vision and was so short of breath he could barely make it from his couch in the living room to the bathroom. He tested positive for the virus, then went to a hospital in Baton Rouge already overwhelmed with COVID-19 patients, where he stayed for a week on oxygen as he recovered from pneumonia.

Contreras and Daniels are among a flood of patients filling up overloaded hospitals across the U.S. amid a surge of COVID-19 cases driven by the virus’s highly contagious delta variant. Health officials say the most serious cases have been among the unvaccinated.

“It is frustrating, because it’s preventable … but more than that, it’s really sad,” said James Ford, a critical care doctor in the ICU at Our Lady of the Lake Medical Center in Baton Rouge, where Daniels was treated.

To help with the influx, the hospital brought in a disaster medical assistance team of nearly three dozen health care workers on Monday. That same day, hospital leaders at a news conference where Gov. John Bel Edwards announced a reinstated statewide mask mandate described grim conditions across Louisiana: facilities filled with COVID-19 patients, including children, and hospital hallways lined with stretchers because there aren’t enough beds.

“A lot of them are debilitated and need around-the-clock care,” said Ford, who has been working on his days off to help ease his hospital’s burden. “It’s very labor intensive.”

Some of those patients, like Daniels, now wish they had taken the shot.

“They’re talking about putting tubes down your throat possibly if your oxygen doesn’t go up within the next hour, and that is frightening,” he told The Associated Press on Monday as he lay in a bed with an oxygen tube in his nose. He was released shortly afterward but still must use oxygen at home.

Daniels, who lives in Gonzales, about 57 miles (92 kilometers) northwest of New Orleans, said he and Contreras were the only unvaccinated members of their households. Daniels’ wife and live-in mother-in-law, both of whom were inoculated months ago, have both tested negative twice since he tested positive.

Contreras’ mother, Tarsha Bradstreet, had also been vaccinated, as had her 19-year-old son who lives in the same house in New Orleans. Bradstreet said she tried to persuade Contreras to get the shot, but said she had only so much pull over him.

One of the places to which Contreras did go, however, was his summer job at Café Reconcile. About the time he started getting ill, he got a call from the restaurant telling him that a co-worker had tested positive for the virus and he needed to get tested himself.

“He had a headache and some nausea, so at first we thought it was dehydration,” Bradstreet said. “A week later, he couldn’t smell. He couldn’t breathe. I noticed his breath was quick and rapid, and he could barely stand up or do anything. I had to call an ambulance.”

A while later, the hospital called and said, “’Your son is on a ventilator,’ and I almost died,” Bradstreet said. “I couldn’t believe it. I didn’t realize how serious it was. I didn’t know. He almost died.”

Bradstreet talks to her son every day through one of the hospital’s portable laptops, so that he can hear her voice even if he can’t see her.

She also prays a lot, and hopes that sharing her son’s story will motivate others who have not yet been vaccinated to go and get the shot.

“When we go through things, it’s to help other people, to teach people something,” she said. “Their choice may leave them in the hospital. Maybe they’ll get the lesson before they have to go through this.”