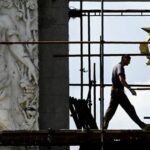 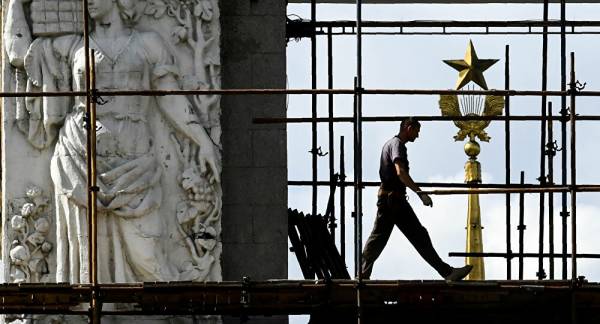 Scientists at the Don State Technical University (DSTU) have developed a new component for creating concrete that can increase the strength and deformation characteristics of the material. According to the researchers, this new technology can solve the problem of the premature failure of concrete structures caused by natural factors.

Today, there is an urgent need in the construction industry to change the composition of concrete to improve its quality and give it the required properties. This is explained by the fact that, despite all its merits, the material has disadvantages, said the authors of the study.

The new material developed by scientists consists of a cement matrix with special fibres of various sizes and compositions – of steel, polypropylene and basalt – evenly distributed throughout the entire volume. They modify the deformation characteristics of the concrete, i.e. making it stronger and more resilient to external loads.

The fibre used by the researchers is a small steel brace, with curved edges that resist tensile strength and prevent localised failure of the concrete. Studies have shown that the increase in compressive strength and flexural strength in fibre concrete made with different fibres can be up to 80% relative to standard concrete.

Moreover, the scientists have established that the production of concrete not only requires certain proportions of additives, but also an order in which they are added to the mixture.

The size of the fibres also matters, he added. Smaller components increase the strength of the material, and if they are large enough and properly distributed, they can contain destructive deformations that occur in concrete, increase thermal insulation, or be most convenient to use. Depending on the type of structure to be built with concrete, the material can be given different properties.

The authors of the study also suggested that the mix for concrete should be changed. It normally consists of cement and crushed stone. The researchers added high porosity ceramsite instead of crushed stone, making the final material lighter and increasing its thermal insulation properties.

The results of the scientific team’s study were published in the Applied Sciences (Switzerland) scientific journal.