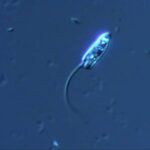 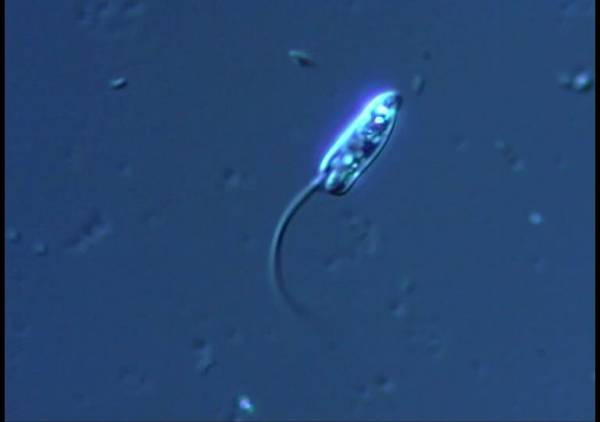 Scientists from the University of Tyumen (UTMN) jointly with colleagues from the Papanin Institute for Biology of Inland Waters of the Russian Academy of Sciences, as part of an international research team, have discovered two new microbial species in the lakes of Asia.

According to the authors of the discovery, the study of these microorganisms will lead to a better understanding of DNA and RNA changes that cause serious hereditary disorders, as well as the creation of new drugs to treat parasitic diseases, the university’s press service said.

New microbial species (Papus ankaliazontas and Apiculatamorpha spiralis) discovered in freshwater and saltwater lakes of Indonesia, Vietnam, and Turkey were found to be closely related to certain human and animal parasites, such as trypanosomes and leishmaniasis.

A comparison of DNA sequences suggests that similar organisms live at the bottom of the Atlantic Ocean in an area of marine alkaline hydrothermal vents called the “Lost City”. According to scientists, the water temperature and chemical composition of the “Lost City” matches the conditions where life once originated on Earth. It may be inhabited by organisms that already lived on the planet 2.5 billion years ago.

According to UTMN scientists, the microorganisms found belong to kinetoplastids, a group of flagellated protozoans. Kinetoplastids generally represent parasites but the microbes discovered were free-living predators that eat other protozoa. The discovery showed that some dangerous pathogens have “peaceful” relatives that are convenient and safe to study in the laboratory.

In the study, scientists have already uncovered a link between evolution and the study of protozoa on pathogenic kinetoplastids. By changing from “free-living” to parasitism, they lost many of the genes responsible for shaping metabolism but retained the ability to feed themselves.

The new organisms also have the highest number of nucleotide substitutions among the cases known to science, which could lead scientists to surprising discoveries.

The further study of RNA editing and genetic material editing processes in unicellular organisms may hold the key to the management of harmful mutations that cause serious genetic disorders, such as Alzheimer’s disease. Moreover, future research findings could help develop drugs against parasites such as trypanosomatids. They cause many diseases in both humans (sleeping sickness, Chagas disease) and animals (horse covering sickness).

Researchers from the Papanin Institute for the Biology of Inland Waters at the Russian Academy of Sciences and specialists from Canada also participated in this study.