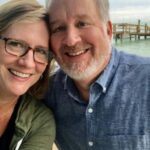 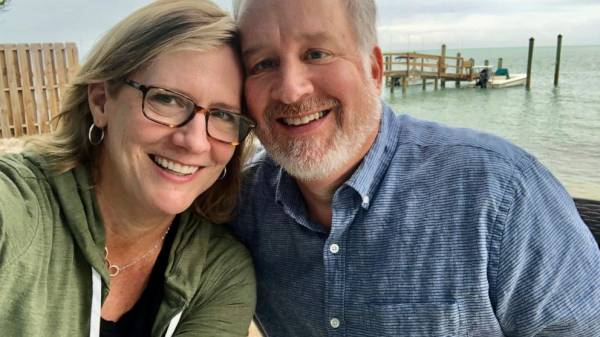 NEW YORK — They’re smooching on a yacht off Saint-Tropez. They’re cuddling on a walk in the Hamptons. They’re nuzzling over sushi at dinner in Malibu.

If PDA were an Olympic sport, Jennifer Lopez and Ben Affleck would be champs. But there’s something more that’s driving interest in Bennifer: the storybook nature of long-lost love requited.

The A-listers rekindled their romance 17 years after they broke up in 2004. It’s a familiar road to countless couples who came together years after coming apart.

The two stars spoke of intense tabloid pressure as a factor in calling off their engagement way back when, with Lopez telling People in 2016: “I think different time, different thing, who knows what could’ve happened? But there was a genuine love there.”

While the tabloids aren’t an issue for regular folk who have rekindled, the genuine love part is universal no matter what got in the way the first time around.

The Merced, California, couple — he a youth center program director and she a nurse — met in eighth-grade math class after Escobar was sent to live with an uncle just outside Seattle to escape his troubled youth in New York.

They had their first kiss on a walk in the woods that year, but Escobar’s wayward behavior continued, including arrests for robbery and assault. He was expelled and sent back East, where he landed in a detention facility.

More trouble followed, including a stint on the streets, and the two lost contact for 15 years before Escobar tracked her down on Classmates.com in 2006. In between, there were marriages, children, moves and jobs, but Jessica also never forgot.

Her longtime best friend “would always say nobody could ever measure up to Matt. Even though he was troubled, you know, he was always very, very respectful and just very funny and very warm and very kind and not like what people might picture in their head about a kid who got into trouble,” she said.

They married in 2013 and have six children between them.

“It was such a blessing to have her back in my life again after all the hard stuff I had gone through,” Escobar said.

“I made the first move,” Calkins laughed. “I told him, `I kinda have a crush on you.’ We’ve always had a connection because we just love talking to each other and we get each other’s humor.”

After a couple of months, the two headed off for summer programs abroad. That’s when Calkins met someone else. She was 20. She got married when she was 23.

And that was it for Badger.

Five years passed and Calkins’ marriage ended in divorce. A second marriage also didn’t work out, after 20 years. Badger married while in law school. That union lasted 29 years, before divorce.

For 30 years, Calkins and Badger laid eyes on each other just once, at their 20th high school reunion.

“He didn’t speak to me,” she recalled.

Badger added: “I did not. I wasn’t very kind about that.”

Both found themselves free in 2019. “Facebook would always tell me, oh, you should be friends with Steve Badger, but I never friended him because I thought he was so mad at me about our awkward breakup,” Calkins said.

He wasn’t. He got over it. He wound up reaching out himself on Facebook after his divorce. They chatted online, then Badger drove 100 miles to have lunch with Calkins in Louisville, Kentucky, where her daughter was playing in a volleyball tournament.

“I kept looking at Steve and his eyes were exactly the same as they were when he was 20 years old,” Calkins said. “It’s like there’s a kindness and an intellect that radiates from his eyes. One of the things that I really love about him is that he’s the smartest person I know. And he’s also the kindest.”

The two moved in together just three weeks ago after tending a long-distance relationship during the pandemic.

“Relationships that are renewed after many years can actually thrive under certain situations, particularly if both partners are emotionally intelligent and self-aware,” she said. “If partners were truly connected and well-matched but found that life issues got in the way, a later-life reconnection can be delightful and deeply rewarding.”

Manly has seen a rise in rekindled love matches in the digital age with the ease of internet searching and social media. But the quest doesn’t always pay off.

“Sometimes, former partners give too much hope and effort to resuscitating a relationship that was never meant to be,” she said.

Tammy Shaklee, the founder of an LGBTQ matchmaking company in Austin, Texas, warned that the reasons for a breakup may still exist years later. Certain traits don’t drastically change, she said.

“Introverts vs. extroverts is a prime example. People returning to a previous relationship who think those traits will be different this time around will likely end up right back where they were the last time,” Shaklee said.

The maturing process, however, can sometimes go a long way toward a happy ending.

Page Jordan in Dallas was a 19-year-old intern in the commercial real estate brokerage where 25-year-old Jake Jordan worked when they began dating while she was still in college. She graduated and they broke up after three years.

“She had just gotten out of school and I started getting a little bit more serious about it. I think that scared her a little bit,” Jake said.

Page added: “Yeah, at that point I wasn’t in a place where I wanted to settle down. I just took my first job and was independent for the first time and wanted to kind of enjoy that. And he had started his own company and he was stressed out a lot and didn’t handle the stress with a lot of patience, I would say.”

“A lot better,” Page said. “He’s so much more patient, and I think I’m better at dealing with that and being aware and respectful when he does have a lot going on.”

Jake sees something equally important: “We still cared immensely about each other.”

Previous : Millennial Money: How to handle mixed-income friendships
Next : Back-to-school gear: Thinking outside the (lunch)box