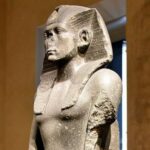 More Than Wear & Tear: The Mystery Behind Why Many Egyptian Statues Have Broken Noses 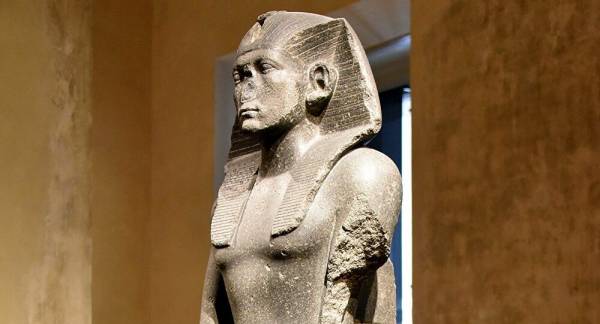 Anyone who has strolled through collections of Egyptian art has probably noticed that the statues’ noses are often broken. Besides the usual wear and tear that artifacts cannot escape over thousands of years, there is so much more underlying meaning behind this damage.

While many visitors to museums displaying Egyptian artifacts likely take for granted that some of the sculptures displayed had been damaged over the years, Egyptologists would be quick to dispute this.

According to Brooklyn Museum’s Egyptian art galleries curator Edward Bleiberg, there is a widespread pattern of deliberate destruction driven by a complex set of reasons.

Bleiberg’s research into the issue had spilled out into an exhibition, “Striking Power: Iconoclasm in Ancient Egypt” last year, when damaged statues and reliefs dating from the 25th century B.C.E. to the 1st century C.E. were paired with intact counterparts.

Egyptian artifacts were imbued with political and religious functions, according to experts, and it was the culture of iconoclasm that led to their deliberate mutilation. Everything ranging from invasions by outside forces to power struggles between dynastic rulers left indelible scars on the visual cultural legacy of one of the world’s oldest and longest-lasting civilizations.

Recognizing “patterns” helps experts discern the difference between accidental damage and deliberate vandalism, be it a broken nose on a three-dimensional statue or a defaced flat relief.

This World Versus The Supernatural

Ancient Egyptians ascribed important powers to images of the human form, convinced that the spirit of a deceased human being could inhabit a statue of that particular person. Accordingly, campaigns of vandalism were intended to “deactivate an image’s strength.” Statues and reliefs were “a meeting point between the supernatural and this world”, according to Edward Bleiberg.

Deliberate acts of iconoclasm, or “image breaking” in ancient Egypt were carried out by some pharaohs successors.

If ears were struck off a statue of a god, it would be “unable to hear a prayer.” A cut off arm of a state showing someone making offerings to gods meant that that function was hindered, accordingly.

By defacing statues, it is suggested that rulers sought to “rewrite” history to their advantage. This is why ancient Egyptians took pains to safeguard their sculptures, placing them in niches in tombs or temples. They would be protected on three sides, secured behind a wall, but this “didn’t work that well,” said the Egyptology expert. Bleiberg believes that iconoclasts were not vandals.

Furthermore, judging by the targeted precision of the destruction, skillfully trained individuals were hired for the purpose, said the curator, adding, “Often in the Pharaonic period, it’s really only the name of the person who is targeted, in the inscription. This means that the person doing the damage could read!”

Overtime, with the evolving cultural mores, Egyptians shed their fears of these ancient ritual objects. So much so, that stone statues were regularly trimmed to be used as building blocks in construction projects.

Summing up the fact that ancient practices might seem outrageous to the modern world, Bleiberg underscored that visual imagery is a “reflection of who has the power to tell the story of what happened and what should be remembered.”

Previous : Celebrities and Fans Rejoice After Britney Spears’ Father Promises to Step Down as Her Conservator
Next : All-or-nothing stakes cloud Biden presidency: The Note