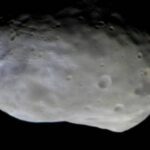 Japan Plans to Get Samples From Mars’ Moon by 2029, Hoping to Find Traces of Possible Life 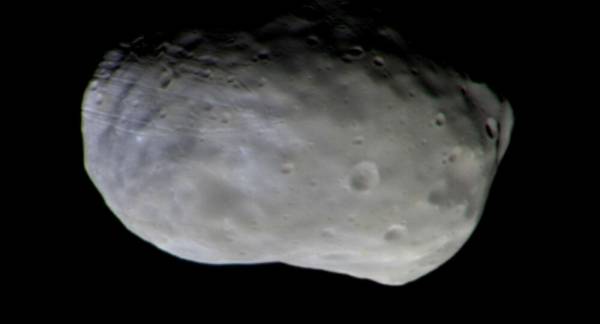 Scientists argue about the origin of the two Martian moons, Phobos and Deimos, as well as their chemical components, suggested so far only from distant photos. Samples from the moons’ surfaces could provide additional clues about the planet’s origin, history and potential gravitational interactions with other planets.

Japan Aerospace Exploration Agency (JAXA) announced that its $442 mission aimed to deliver soil samples from Mars moon Phobos, is expected to return by 2029, according to the Daily Mail. The project will be the first to bring samples from other planets’ moons to Earth.

The mission, announced in June, will include a spacecraft trip to Mars orbit, planned for 2024. The space probe will first orbit Deimos before landing on the Phobos. Japanese scientists would then have an opportunity to examine 0.35 ounces (10 grams) of samples from moon rock and soil, if the mission is successfully completed.

The materials may help better understand the origin of the satellite. Japanese scientists also said that they expect to determine whether the satellite contains traces of ancient microbial life that possibly existed on Mars.

Phobos is tidally locked to Mars, like Earth’s moon is locked to Earth. In the distant past, Mars had a dense atmosphere, with waters flowing on its surface, but due to the lack of a magnetic field, the atmosphere was lost. Scientists believe that some particles settled on the side of Phobos that is always facing the Red Planet.

As Phobos is remarkably close to the Red Planet, with its orbit almost 65 times shorter that Earth’s Moon, astrologists suggest that asteroids that hit Mars could have sent organic samples to its moon.

The satellites, believed to be captured asteroids, puzzle astrologists due to their unusual, unsynchronized orbital lines and irregular shape. To determine the nature of the anomalies, scientist have developed a model of Mars’ previous interaction with Deimos and Phobos over the last billions of years.

According to the model, revealed in 2020, about 2.5-3 billion years ago the lines of the moons’ orbits matched almost perfectly. Later, due to a gravitational interaction with Mars, Deimos moved away from Mars and crossed the radius of the synchronous orbit while Phobos approached the Red Planet. Scientists suggest that this may mean that Phobos and Deimos are fragments of a larger celestial body, split due to an unknown collision about three billion years ago.