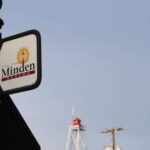 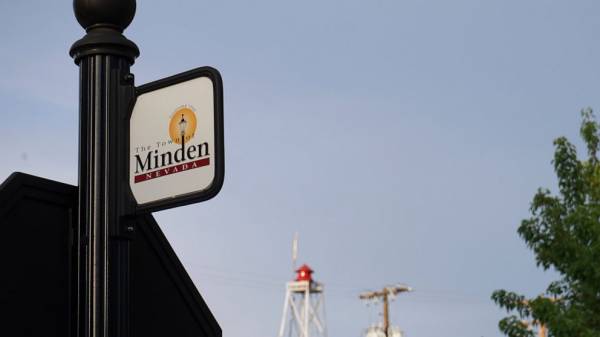 MINDEN, Nev. — A red siren perched atop a small town’s volunteer fire department sounds every night at 6 p.m., sending a piercing noise echoing through the ranches and towns of northern Nevada’s Carson Valley including Dresslerville — a community governed by the Washoe Tribe of Nevada and California.

To Serrell Smokey, the tribe’s chairman, the sound is a reminder of racism and violence inflicted upon Native Americans — a “living piece of historical trauma” with an enduring legacy. He requested officials in the town of Minden silence the region’s last remaining siren last summer.

“It’s not just about the siren,” he said. “The siren is a reminder to a lot of people out here, especially in Dresslerville, of that past,” he said of the tribal community just 5 miles (8 kilometers) south, where stories of brutality have been passed down generations.

Minden is one of what experts believe were thousands of American communities where discriminatory “sundown” laws were in effect, either through formal ordinances or unwritten rules enforced with intimidation and injury.

The town siren has blared since 1921. Until 1974, it served as a warning to non-white people that they were required to leave town before the sun faded behind the rugged mountaintops of the Carson range.

“Those sirens are a reminder of that history, and the fact that they are still used indicates that our present is not so far removed from its past,” said Heather O’Connell, a Louisiana State University sociologist who has studied the correlation between historic sundown ordinances and contemporary inequality.

A nationwide reckoning over racism in the United States erupted last summer following George Floyd’s murder and sparked protests in large cities across the country. And in small, mostly white towns like Minden, it revived a 15-year-old debate over the siren and whether it should be silenced.

In 2006, county officials turned off the siren hoping to improve relations with the Washoe. But it was sounding again two months later following backlash from locals. As consolation, Minden passed an ordinance describing the siren’s intent as honoring first responders.

The siren earlier this year drew interest from state lawmakers, along with the “Riders Against Racism,” a group of San Francisco Bay Area and Lake Tahoe mountain bikers. The organization gathered 13,000 signatures to petition to silence the siren, and held a ride through historic Washoe lands from the town to the shores of Lake Tahoe.

In June, the state banned sirens, alarms and bells historically associated with sundown ordinances as part of a new law that also directs school boards to replace racially discriminatory mascots.

Minden fought the passage of the law. Some residents in the town of about 3,200 people have referred to efforts to shut off the siren as “cancel culture.” Others have defended it as central to their heritage and likened its sound to a dinner bell — a traditional, small-town hallmark that makes the historic ranching community unique.

Before Gov. Steve Sisolak signed it into law, town officials told the Reno Gazette-Journal they had no intention of silencing it. They said Minden purchased the siren in 1921 — four years after county officials passed the sundown law — and therefore it wouldn’t be “associated” per the requirements of state law.

Despite disagreement over the siren’s meaning, Smokey and Minden Town Manager JD Frisby brokered an agreement in June to start sounding it at 5 p.m. instead of 6 p.m.

Dissociating the time of the sound from the historic ordinance, they said in a joint statement, would “acknowledge the volunteer firefighters and first responders who have been historically dispatched by the town siren” and “honor those hurt by archaic sundowner mandates of prior eras.”

It now blares at 5 p.m. — a compromise that many in the tribe have said they’re uncomfortable with and will challenge.

Frisby attributes the dispute to conflicting versions of history and emphasizes intent over interpretation. He doesn’t doubt the siren was used to signal the enforcement of the ordinance but said it was purchased to honor first responders.

Nothing he’s found in the town archive or other records connects the siren to the sundown ordinance, and he doesn’t believe defense of the siren is incompatible with acknowledging the county ordinance’s “awful” legacy.

“A lot of Minden residents have taken this hard because their fathers and grandfathers were the ones that worked to save up the money to purchase that siren for the purpose of responding to emergencies,” he said. “It’s just unfortunate that because of the proximity in time, it’s been lumped in with this ordinance.”

Assemblyman Howard Watts, the Las Vegas Democrat who sponsored the legislation to shut off the siren, said the lingering pain its sound evokes demanded action. He respects the agreement the tribal chairman and town manager reached, but beforehand didn’t think the town’s effort to clarify what the siren means in their eyes was sufficient.

“Instead of changing when they rang the siren, they’ve decided to be more explicit about it being for first responders,” he said. “There’s nothing wrong with honoring first responders, but you can do that at any time of the day. Having that siren continue to ring a half-hour before there was an ordinance that indicated to an entire group of people that they were no longer welcome in a community, that’s a deeply hurtful thing.”

Smokey told The Associated Press that the agreement to change the timing of the siren wouldn’t be the Washoe Tribe’s final word on the matter. He said he’s told Frisby and tribal citizens — many of whom were upset about the agreement — that his intention was to secure “immediate action.”

Smokey said he expects the council to ask for more than moving the time the siren blares. Regardless, he’s satisfied to have spread awareness about the region’s history.

“We can’t fix problems if we don’t admit we have problems,” he said. “And we’re still dealing with the history of everything that’s happened.”

Washoe elder Ann James Big Goose, 72, said even at 5 p.m., the siren reminds her of the racism that her family has faced throughout the region’s history. She worries Smokey’s immediate action and the widespread idea that it settled the issue could give Minden “an out” before the law banning the siren takes effect Oct. 1.

“What is the point to make a deal with them several months before it has to be turned off anyway?” she asked. “Why do they need it, except to remind us and to keep us in our place?”

Metz is a corps member for the Associated Press/Report for America Statehouse News Initiative. Report for America is a nonprofit national service program that places journalists in local newsrooms to report on undercovered issues.

Previous : Millennial Money: Ready for results? Find a mentor
Next : Fires charring range set up ranchers for hardship in US West