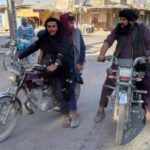 US military analysis says Kabul could fall to Taliban in 90 days: Official 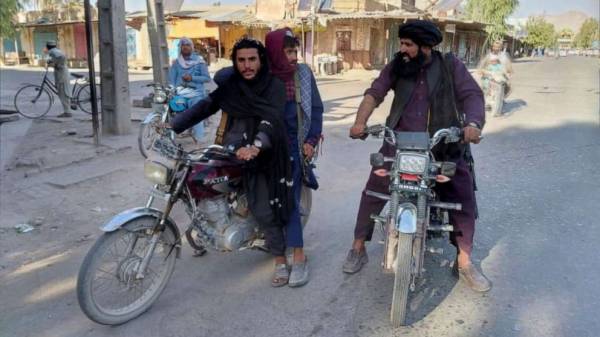 As the Taliban sweeps across Afghanistan and claims at least nine provincial capitals in just days, a new U.S. military analysis warns that the country’s capital, Kabul, could become isolated in 30 to 60 days and could fall to the militant group in 90 days, a U.S. official confirmed to ABC News.

The warning is even more dire than a previous intelligence assessment — a sign of how quickly the Taliban have gained momentum on the battlefield, surprising the Biden administration, according to two U.S. officials.

President Joe Biden announced in April that he would withdraw all remaining U.S. forces from Afghanistan, saying it was time to end America’s longest war and let the Afghan people, including the Taliban and the U.S.-backed Afghan government, decide the country’s future.

But that future is increasingly grim, with fears of the government’s collapse and all-out civil war. There are growing concerns for the U.S. personnel that will remain at the embassy in Kabul and the 650 U.S. troops who will stay to protect it, with planning underway for some time now about a possible evacuation, according to two other U.S. officials, who spoke to ABC News on condition of anonymity to discuss sensitive plans.

Paula Bronstein/Getty ImagesMurals are seen along the walls at the U.S. embassy on July 30, 2021, in Kabul, Afghanistan.

“Our posture has not changed. As we do for every diplomatic post in a challenging security environment, we evaluate threats daily and make decisions on how best to keep those serving at our embassy safe,” a State Department spokesperson told ABC News.

The Taliban’s spokesperson in Doha, Qatar, said Wednesday, “Anyone who attacks international embassies and institutions will be punished.” But the group’s fighters have committed atrocities across the country in districts they’ve retaken, according to U.S. and Afghan officials, including extrajudicial killings of police officers, airmen, women’s rights activists, journalists and more.

The U.S. embassy’s Emergency Action Committee is “no doubt … meeting every day to review the current level of threat and whether any additional steps need to be taken to increase security, reduce the number of personnel, or, if deemed necessary, initiate a full evacuation,” said Mick Mulroy, the former top Pentagon official for the Middle East who served in the CIA and U.S. Marines in Afghanistan.

The question is at what point does one become necessary.

“When does the situation make the continuation of the diplomatic mission untenable? When does it not make sense that 99.99% of the personnel in the embassy are for security? When will putting the remaining U.S. personnel at risk for a mission that has essentially ended not be worth it? These are the questions they will be asking, probably every day,” said Mulroy, now an ABC News contributor.

While two U.S. officials said evacuation planning has been reviewed for some time, State Department spokesperson Ned Price declined to comment on any plans. Instead, he told reporters Wednesday, “We have and will continue to make our own decisions based on, first and foremost, the threat assessment, the safety and security of our people.”

In the meantime, the U.S. embassy has continued to quietly draw down some staff since it went on ordered departure on April 27 — leaving only emergency personnel behind and allowing it to shift certain roles out of Afghanistan “whose functions can be performed elsewhere,” according to a State Department spokesperson.

But the Pentagon is pushing back on the “narrative” that the Taliban will seize the capital and other major cities, with its spokesperson John Kirby saying Wednesday, “No potential outcome has to be inevitable, including the fall of Kabul, which everybody seems to be reporting about.”

Kirby declined to comment on the U.S. military analysis, but he told reporters that while the Taliban “keep advancing,” there is still fight left in the Afghan security forces that the U.S. built, trained and equipped.

“The narrative that in every place, in every way, the Afghan forces are simply folding up and walking away is not accurate,” he said.

One U.S. official told ABC News, however, that those Afghan forces have an uphill battle, as momentum swings the Taliban’s way with their capture of nine provincial capitals — winning over heavy weaponry from Afghan troops, freeing their prisoners from government facilities, and building a powerful narrative about the government’s collapse.

The Afghan military strategy to hold onto major population centers meant deploying its best troops — special operations forces — to top cities like Herat, Lashkar Gah and Kandahar, according to this official. But while the Taliban have been held at bay there, the group’s fighters targeted other opportunities, winning critical successes across the country’s northern provinces.

“Right now what we see is an issue of leadership. It’s both political and military leadership. We need to see Afghans’ leaders united,” Price told reporters at the State Department.

Karim Jaafar/AFP via Getty ImagesU.S. special envoy for Afghanistan Zalmay Khalilzad and Qatar’s envoy on counter-terrorism Mutlaq al-Qahtani walk down a hotel lobby in Qatar’s capital Doha during an international meeting on the escalating conflict in Afghanistan, Aug. 10, 2021.

Rallying that leadership has been part of U.S. special envoy Zalmay Khalilzad’s job in Doha, where he is trying to pressure both the Taliban and Afghan government delegations to resume peace negotiations — and urge the Taliban to accept a reduction in violence and a ceasefire.

Khalilzad held meetings Tuesday and Wednesday with both delegations and fellow envoys from the United Nations and key countries, including Pakistan, Qatar, China and Russia. On Thursday, he’s expected to meet the Taliban and Afghan government teams “separately to encourage them to engage productively in Afghan peace negotiations and not squander this historic opportunity to end 40 years of conflict,” the State Department spokesperson told ABC News.

Afghan Foreign Minister Mohammad Haneef Atmar said Wednesday that it is the U.S. and other powers that need to do more to “accelerate the negotiation process” and pressure the Taliban to participate in good faith, “backed up by real political, economic, maybe even enforcement measures.”

MORE: Blinken warns of 'deeply, deeply troubling' reports of atrocities in Afghanistan amid US withdrawal

Critics continue to denounce the Biden administration for pursuing these negotiations — saying the Taliban has demonstrated it has no interest in talks. But Price said the U.S. continues to see diplomacy as the only way forward — calling the week’s meetings a “necessary, but insufficient step” and conceding progress “has been painfully slow.”

In the meantime, the humanitarian crisis for Afghan civilians continues to spiral. Over 18 million people are in need of humanitarian assistance across the country, around 400,000 have fled their homes to seek refuge and the U.N.’s humanitarian response remains vastly underfunded with a shortfall of almost $800 million, its spokesperson Stephane Dujarric said Wednesday.

But Biden himself seems un-phased by the violence, telling ABC News Tuesday, “I do not regret my decision.”

Previous : Nearly a dozen new state laws shift power over elections to partisan entities
Next : UN experts call for more rules on countries’ use of spyware