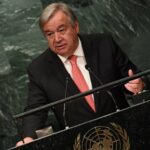 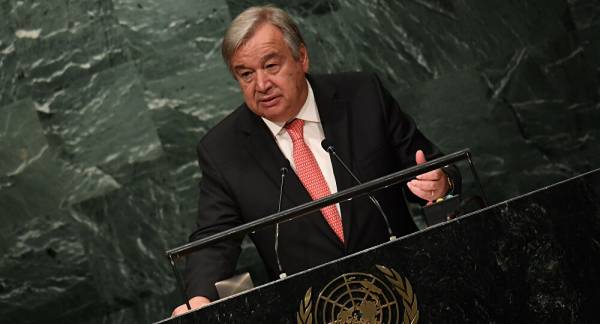 UN Secretary-General Antonio Guterres stated that mechanisms to make de-escalation zones in Syria more efficient will be put in place during the Astana talks.

UNITED NATIONS (Sputnik) — The de-escalation zones in Syria are important, the United Nations hopes that mechanisms to make them more effective will work, UN Secretary-General Antonio Guterres said in an interview with RIA Novosti shortly before the UN General Assembly.

“We have welcomed the Astana talks and we’ve recognized the importance of the creation of de-escalation zones and we hope that mechanisms in order to make them fully effective will be able to be put in place,” Guterres said.

So far, three zones of de-escalation have been established in Syria: in the south along the border with Jordan, in Eastern Ghouta and to the north of Homs. Consultations on the fourth de-escalation zone in the Idlib province are ongoing.

The memorandum on the establishment of four de-escalation zones in the war-torn country was signed during the fourth Syrian settlement talks in the Kazakh capital of Astana in May, with Russia, Iran and Turkey acting as the guarantors of the ceasefire.

“At the same time, we see progress in the fight against terrorism which we believe… is a very important factor. And my hope is that these developments will create conditions to make a political solution more desirable both for the government and the opposition,” he said.

Guterres also expressed hope for progress at the upcoming talks on Syria in Geneva.

“My hope is that the Geneva talks in the next round will be able to register some meaningful progress that can only be possible if the two sides understand that even with all these recent evolutions there’s no way a military solution can solve the problem, that we need a political solution, and a political solution will allow Syria to regain its place among the community of nations,” Guterres said.