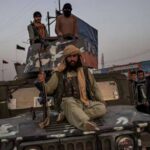 The Taliban inherited a vast American-made arsenal after retaking Afghanistan 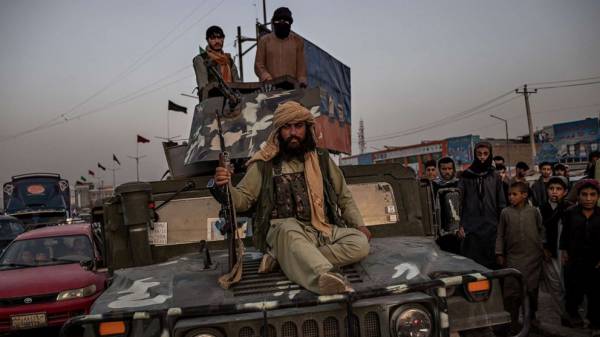 The Taliban wrested control of more than just territory from Afghan forces as it tore through Afghanistan this month. By the time the militant group toppled Kabul on Aug. 14, images had emerged showing its fighters holding American-made rifles and posing next to Blackhawk helicopters.

Pentagon officials have told ABC News they don’t have a clear idea of just how much U.S.-made equipment is now in the hands of the Taliban, but government reports give clues to what the group could now have in its arsenal.

Since 2005, the U.S. has spent a total of about $80 billion on Afghan troops and police through the congressional Afghanistan Security Forces Fund, the main source of such money. More than $18 billion went specifically to “equipment and transportation,” according to a July report from the U.S. Special Inspector General for Afghanistan Reconstruction, or SIGAR.

The rest of the money went toward sustainment, training, operations and infrastructure.

The weapons given to Afghan forces between 2004-2016 included more than 25,000 grenade launchers, nearly 65,000 machine guns and about 360,000 rifles, according to a Government Accountability Office (GAO) report. The firearms consisted of U.S. service rifles like the M16 and M4 as well as some Russian-designed AK-47s and Dragunov sniper rifles.

MORE: Afghanistan updates: Blinken: 'No deadline' for Americans, Afghans who want to leave

Thousands of indirect-fire weapons such as mortars and 122mm howitzers were also given to the Afghans.

“We don’t have a complete picture, obviously, of where every article of defense materials has gone, but certainly a fair amount of it has fallen into the hands of the Taliban,” national security adviser Jake Sullivan told reporters last week.

Marcus Yam/Los Angeles Times via Getty ImagesA protection detail for Khalil al-Rahman Haqqani, a leader of the Taliban affiliated Haqqani network, and a U.S.-designated terrorist with a five million dollar bounty, are seen in Kabul after his visit to the Pul-I-Khishti Mosque, Aug. 20, 2021.

In addition to conventional weapons, the U.S. gave the Afghans a large fleet of air and ground vehicles.

ABC News Senior Foreign Correspondent Ian Pannell, who was in Kabul as the Taliban took over the city, reported seeing Taliban militants driving Humvees. This is perhaps not surprising when considering the defeated Afghan security forces were given some 22,000 Humvees during the course of the war, according to the GAO report.

Add to that 42,000 Ford Ranger pick-up trucks and about 1,000 MRAPs, the large, heavy vehicles used to protect troops against roadside bombs.

MORE: US special operations forces race to save former Afghan comrades in jeopardy

Not all of these were left for the Taliban. In a rare public appearance last week, Defense Secretary Lloyd Austin said, “I have received reports of a number of aircraft that were flown into Uzbekistan and Tajikistan.”

Videos have shown Taliban fighters posing by some of these aircraft, but a new Taliban air force is not likely to emerge, according to former Deputy Assistant Secretary of State and ABC News contributor Steve Ganyard.

“The U.S. airplanes, they won’t be able to maintain — they’ll likely sell them for cash,” he said. “It’s the ground equipment they’ll use.”

MORE: Taliban pose threat to Afghan cultural heritage as they sweep back into power

Keeping advanced aircraft in flying condition takes serious maintenance ability and mechanical expertise — something the Afghan air force itself struggled with, even with American assistance.

While much U.S.-made materiel is now under Taliban control, it’s possible the military will try to remove some of it from the equation sometime after the expected Aug. 31 withdrawal deadline, according to Ganyard.

“The U.S. will have the option of bombing the storage areas and destroying equipment once the airlift of American citizens is complete,” he said.